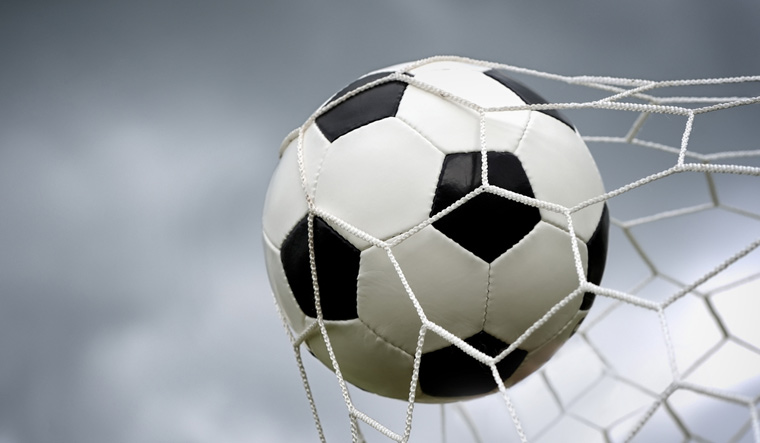 Jamshedpur FC's Indian Super League match against Hyderabad FC was postponed hours before kick-off in Bambolim on Monday after the Jharkhand-based club failed to field a team due to COVID-19 cases in its ranks.

The ISL said it will reschedule the match to a later date.

"Hero Indian Super League (ISL) announces the postponement of Match No. 63 between Hyderabad FC and Jamshedpur FC scheduled to be played today, Monday, January 17, 2022, at Athletic Stadium, Bambolim," the ISL said in a statement.

"The decision has been taken in consultation with the League's medical team taking into account the inability of Jamshedpur FC to field a team. The League will look to rearrange the fixture to a later date."

According to sources, several Jamshedpur FC players have been kept under isolation as close contacts after at least a couple of teammates tested positive for COVID-19 and that is the reason why they did not have the requisite numbers to field an XI.

"To my knowledge, at least a couple of Jamshedpur players have tested positive in the past few days. Several other players have to be isolated because of that," a source privy to the development said.

The source also said that there is no plan of immediate suspension of ISL unless drastic escalation in COVID-19 cases happen.

Jamshedpur FC played their last match on January 11 when they beat SC East Bengal 1-0 here. They have not been allowed to train since then due to COVID-19 cases.

According to FSDL, the ISL organisers, at least 15 should be available per team for a match to happen. Otherwise, it would be rescheduled to a later date.

A match between Kerala Blasters FC and Mumbai City FC in Vasco was also postponed on Sunday, hours before kickoff as the southern outfit did not have the requisite number of players to field.

Prior to this, two more matches had been postponed this season after the coronavirus breached the ISL's bio-bubble.

Besides players from Jamshedpur FC, members of ATK Mohun Bagan, FC Goa, Bengaluru FC and Odisha FC have also contracted the virus, while SC East Bengal too isolated themselves after their hotel staff inside the bio bubble was found positive.

On Saturday, the ISL fixture between ATK Mohun Bagan and Bengaluru FC was also postponed due to the surge in COVID-19 cases.

Earlier, ATK Mohun Bagan's match against Odisha FC had to be postponed after an unnamed player reported positive for the virus.

As many as four ATKMB players in the bio-secure bubble were found positive and the Juan Ferrando-coached side was locked in respective rooms for one week without a single training session.