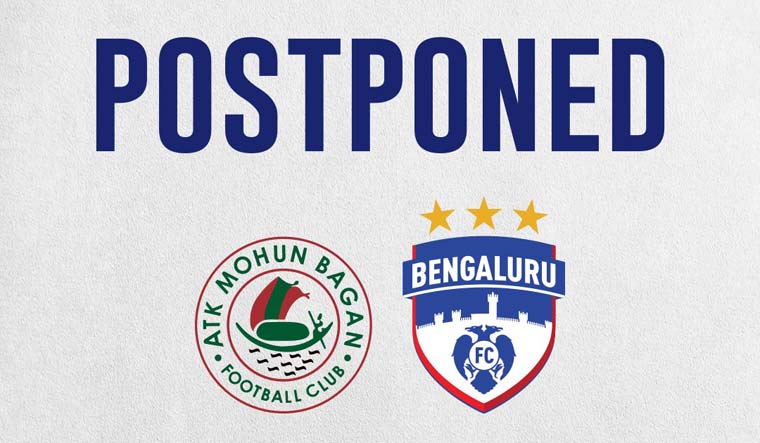 The Indian Super League match between ATK Mohun Bagan and Bengaluru FC, scheduled to be held on January 15, has been postponed due to a COVID-19 outbreak in the Kolkata team's camp.

“This decision is based on an assessment of a number of factors, including the ability of both sides to field a team, the severity of COVID19 breakout within the bubble(s) and the safety and preparation of both sides,” read a statement from Bengaluru FC.

The new date for the match between the two former champions has not yet been announced.

This is the second consecutive ATK Mohun Bagan match to be postponed after their match against Odisha FC.

All the teams are in bio-bubbles in Goa as the 2021-22 season is being played behind closed doors due to the pandemic.

ATKMB are currently fifth on the ISL table having played two matches fewer than all the teams above them. Bengaluru are seventh.