Ashwin becomes the third-highest wicket-taker for India in Tests 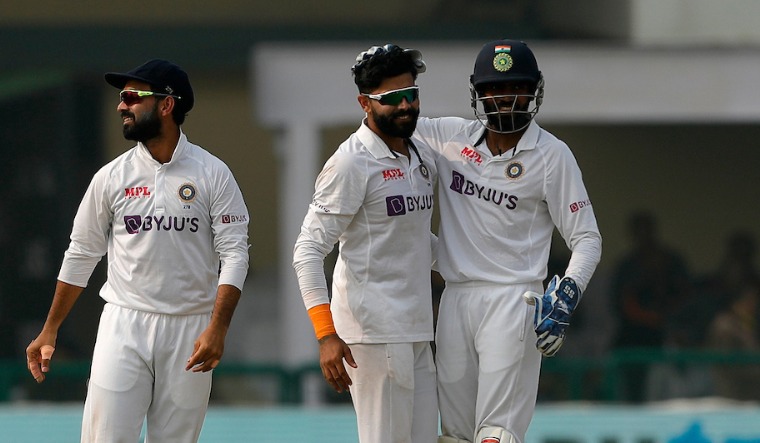 Ravindra Jadeja picked up the crucial wicket of Kane Williamson after tea to give India a chance of winning the first Test against New Zealand in Kanpur.

Day five has turned out to be a very closely fought one. If the first session completely belonged to New Zealand who didn't lose a single wicket, the second session certainly belonged to India as Umesh Yadav (1/3in 12 overs) removed night-watchman Will Somerville (36 off 110 balls) with a short ball immediately after post-lunch resumption.

It was Shubman Gill who took a fine catch diving forward at long leg boundary.

Williamson looked way more confident than his first innings effort as he hit a cover drive off Ishant Sharma (0/20 in 7 overs), who was completely off-colour on the day.

Ross Taylor (2) never looked comfortable and at the stroke of tea, Jadeja (1/21 in 11.1 overs) finally bowled one that had his number.

With that scalp, Ashwin in his 80th Test, crossed Harbhajan Singh (417 in 103 games) to become the third-highest wicket-taker for India in the five-day format.

As of the 78th over, New Zealand are six wickets down with about 17 overs to go for the end of the match.

Ashwin and Jadeja have both picked up two wickets as the experienced duo and Axar Patel tormented the Kiwi batsman in search of a victory.