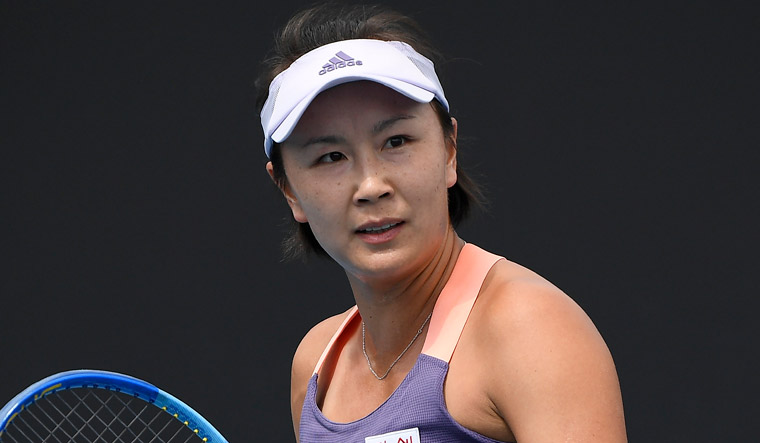 China's foreign ministry has responded to the global concerns of the safety of tennis player Peng Shuai, slamming “certain people” of “maliciously hyping” the situation.

The wellbeing of the 35-year-old tennis star had been the subject of much talk on the women's tennis circuit when she mysteriously disappeared after her allegations of sexual assault against a powerful Chinese politician was censored from the internet in the country.

Fears of the worst were allayed when Peng had a video chat with International Olympic Committee Thomas Bach spoke to her on video call on Monday, but the WTA has said it does not prove that she is not under pressure nor does that guarantee that there would be fair and transparent investigations into her allegations.

China has not commented on the situation until now, and the foreign ministry has gave its first response to international demands—including from the US and UN—that Peng's safety be prioritised.

“This is not a diplomatic matter,” Chinese foreign ministry spokesman Zhao Lijian told a regular press briefing on Tuesday.

“I believe everyone will have seen she has recently attended some public activities and also held a video call with IOC President Bach. I hope certain people will cease malicious hyping, let alone politicisation.”

Peng had not been seen publicly for weeks since she posted on Chinese social media site Weibo that former vice-premier Zhang Gaoli had coerced her into sex and they then had a brief affair.

The post was taken down half an hour later but screenshots of it had already gone viral by then on private chat groups. Reactions and subsequent references to the post have been wiped out of China’s tightly controlled internet.

This resulted in outrage across the world, with the UN, the US, the World Tennis Association (WTA), and fellow athletes like Novak Djokovic and Serena Williams all expressing concern over the turn of events.

Over the last weekend, footage was released by editor-in-chief of Global Times of Peng attending a youth tennis match in Beijing, but the claim could not be verified.