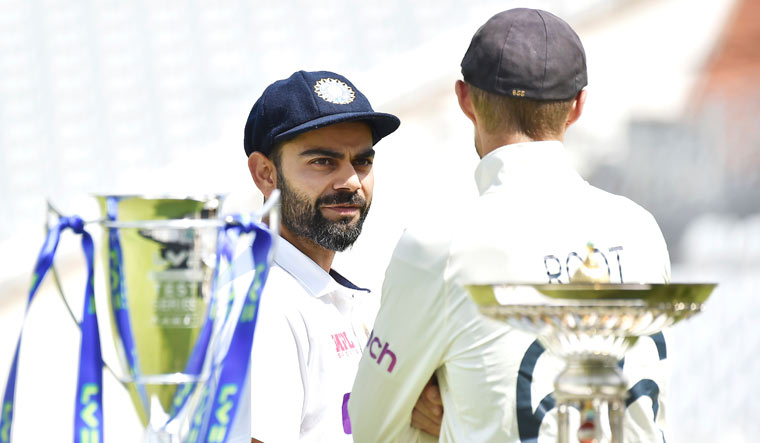 The fifth and final Test between India and England at Old Trafford has been cancelled amid fears of COVID-19.

The fifth Test had been due to begin on Friday. The ECB issued a statement confirming the cancellation of the match. “Due to fears of a further increase in the number of COVID cases inside the camp, India are regrettably unable to field a team,” the ECB statement said.

Commentator Dinesh Karthik was among the first to tweet about play being cancelled for the day.

ESPNcricinfo reported "more than one India player had expressed concerns about taking the field in talks between the BCCI and the team management over the last two days". British media outlets such as The Mail and The Telegraph also reported Indian players were reluctant to play.

India were leading the series 2-1 and were eyeing a series win in England after 14 years. It is yet unclear whether match has been forfeited or whether it will be played at a later date.