Table tennis: Sharath Kamal bows out of Olympics after losing to Ma Long 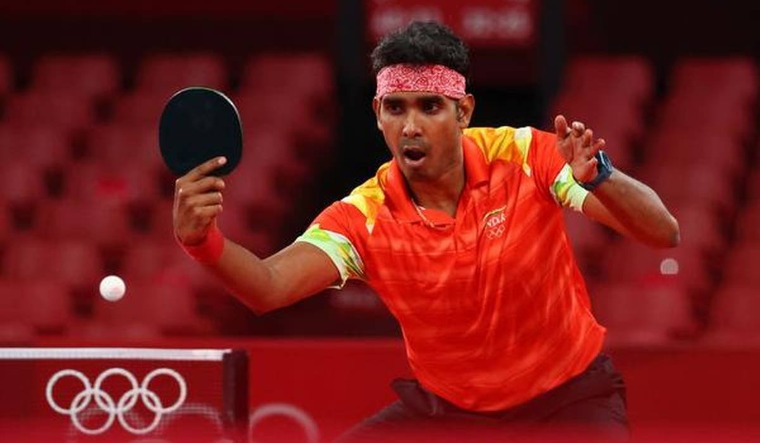 Indian paddler Sharath Kamal took a game off the legendary Ma Long, the reigning Olympic and world champion, before making a third-round exit from the table tennis competition at the Tokyo Games on Tuesday.

With the defeat, India's challenge has ended in table tennis at the Games. Manika Batra, Sutirtha Mukherjee and G. Sathiyan have all exited the singles competition.

After losing a close first game, Sharath took a 7-3 lead in the second with some perfectly placed forehands, and he was also helped by some errors by Ma.

A crushing forehand winner after a short rally gave Sharath a chance to close the second game in his favour and he sealed that with a slap shot.

Sharath responded extremely well to the balls hit close to his body to lead 4-2 in the third game, but Ma took four consecutive point to snatch the lead.

A backhand error from Sharath at 8-8 gave Ma the advantage, but the Indian did not let him close out the game easily. Ma took a time out while leading 12-11 and came back to seal the third game and take a 2-1 lead.

A flurry of errors from Sharath and some better hitting from Ma put the Indian behind 0-6, a lead from where a comeback was not easy against a player of Ma's calibre.

From an intense contest, it suddenly became a drab one-sided affair with Sharath struggling to keep pace with Ma.