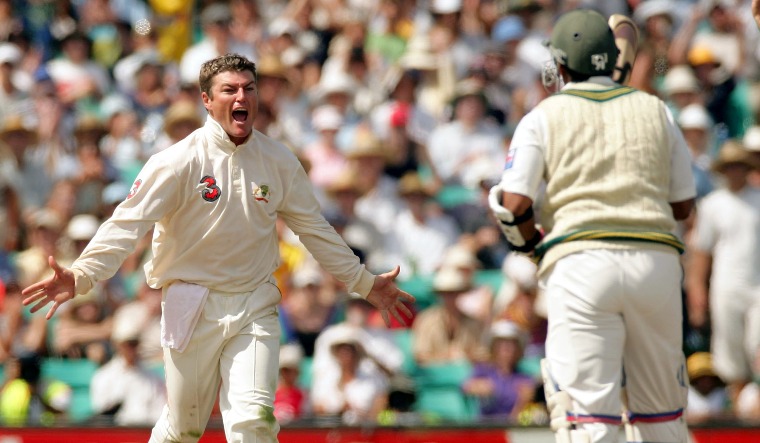 Stuart MacGill in his playing days | Twitter handle of ICC

Four men were arrested in a pre-dawn raid by police in Sydney on Wednesday for allegedly kidnapping former Australian Test cricketer Stuart MacGill. MacGill had played 44 Tests for Australia, picking up 208 wickets as a leg-spinner. While his Test career lasted 10 years from 1998 to 2008, MacGill was overshadowed by the towering presence of Shane Warne.

Australian portal 9 News reported MacGill had been kidnapped and kept hostage for an hour on April 14, but he reported the matter only on April 20 because of "significant fear" for his safety.

Detective Acting Superintendent Anthony Holton told 9 News MacGill was forced into a car in Sydney's Lower North Shore two weeks ago, but a ransom was not asked. "I believe that the motive was purely financial, he was seen as someone that they could get money from," Holton told 9 News. One of the alleged kidnappers was a 46-year-old man who knew MacGill personally.

MacGill was confronted by the 46-year-old man, who was joined by two other men who forced the former cricketer into a vehicle. They drove MacGill to a location 50km away and were joined by a third person. The kidnappers assaulted MacGill and threatened him with a firearm. About an hour later, they drove him back to Sydney's Belmore area and released him.

Since his retirement from cricket, MacGill has worked in media, hospitality and other sectors. Most recently, he was general manager of a restaurant in Sydney. MacGill had accused Cricket Australia of neglecting his injuries during his playing career. The Sydney Morning Herald reported, "In 2017, he reached a confidential settlement over his $2.6 million injury claim against Cricket Australia. He had claimed CA neglected or failed to pay him injury payments over a two-year period from May 2008 when he was unable to play Test cricket because of injury."