Dhoni needs to bat higher, ‘can’t be leading when you're batting at no.7’: Gambhir

Gambhir said that Dhoni needs to bat at no.4 or 5 and not below that 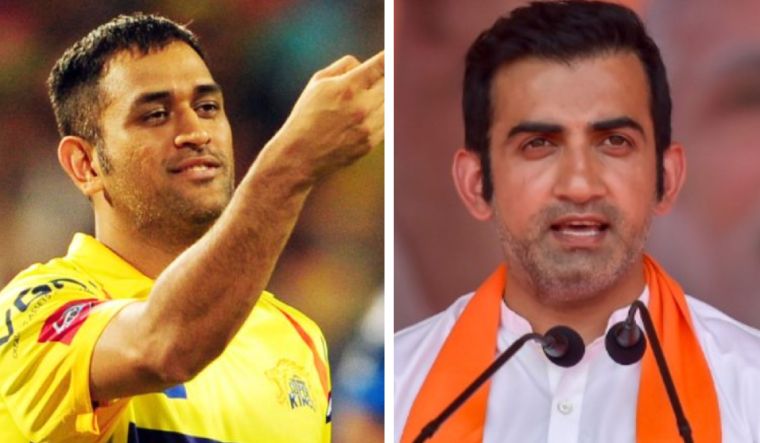 Former India opener Gautam Gambhir feels Chennai Super Kings captain Mahendra Singh Dhoni needs to bat higher in the batting order, adding that he should lead from the front and batting at no.7 won’t work for the skipper.

The cricketer-turned-politician further said that Dhoni needs to bat at no.4 or 5 and not below that.

CSK lost its first match of the 2021 IPL against Delhi Capitals by seven wickets though the Chennai side had posted a target of 189. DC’s Shikhar Dhawan and Prithvi Shaw stitched a 138-run partnership for the opening wicket as CSK’s bowlers were left in the dust.

“M.S. Dhoni should be batting higher, that’s what matters because ultimately people should start leading from the front. We keep mentioning this thing that a leader needs to lead from the front. You can’t be leading, when you’re batting at No.7. Yes, there are issues in their bowling line up,” Gambhir said on the Star Sports show Cricket Live.

“Plus, he is not the M.S. Dhoni, which he used to be probably four or five years back, where he could just come in and start taking on the bowlers from the word go. For me, I think he needs to bat at number four or five. Nothing below that,” he added.

Gambhir had expressed a similar sentiment during last year’s IPL as well when Dhoni smashed three consecutive sixes in the last over during a match against Rajasthan Royals. CSK lost by 16 runs then, having needed 38 in the last over.

The former India cricketer had then panned the CSK captain saying he should have led from the front when the side was chasing the massive total of 217.

“M.S. Dhoni batting at No. 7?” Gambhir had expressed his surprise. “… Batting at number seven when you’re chasing what 217? The game was over. Faf (du Plessis) was probably the lone warrior.”

He had asked why Dhoni didn’t bat in the same manner earlier in the innings.

“There is nothing wrong if you end up getting out early, at least start leading from the front, trying to inspire the team as well. What you did in the last over, probably if you’d done that coming in at No. 4 or 5, alongside Faf, you could have made a game out of it. But probably there was no such intent to make a game out of it.

“You can talk about M.S. Dhoni’s last over when he hit three sixes, but it was of no use, to be honest. It was just all personal runs,” Gambhir had said.

CSK will take on Punjab Kings at the Wankhede Stadium on Friday.