Explained: Sailing events in which India would compete at Tokyo Olympics 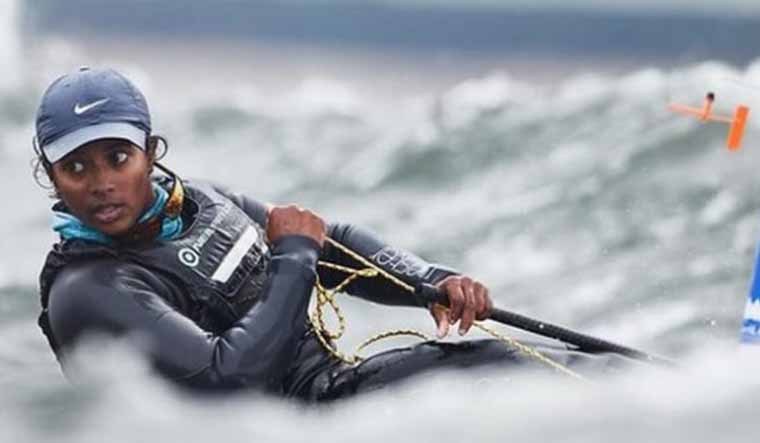 Indian sailors on Thursday scripted history after an unprecedented four of them qualified for the Tokyo Olympics in three events.

Nethra Kumanan (first Indian woman sailor to make the Olympics cut in the laser radial event), Vishnu Saravanan (Laser Standard Class) and the pair of Ganapathy Chengappa and Varun Thakkar (49er Class) made it a memorable outing for India at the Asian Olympic Qualifiers in Oman.

Here is an explainer on the three events in which the Indian sailors would be taking part in the Tokyo Games:

The Laser Radial uses a flexible and short lower mast, with a sail area 18 per cent smaller than the Laser Standard. It was first introduced as an Olympic discipline at Beijing 2008.

Designed by the Canadian duo of Bruce Kirby and Ian Bruce in 1969, the Laser has a single mainsail, meaning it is lightweight and fast to sail.

The Laser Radial class can be visually distinguished from the Laser Standard via the red rhombus carried on the mainsail of the boats used in the women's event.

As a one design class, all athletes in Laser will compete at the Olympic Games with equipment built and supplied by the same manufacturer.

The Laser Standard is a popular one-design class of small sailing dinghy, originally built by Performance Sailcraft Canada. The laser has a single mainsail and is a simple, light and fast boat to sail. The Laser Standard is the original of the Laser family of dinghys, which also includes the Laser Radial and Laser 4.7, both of which use the same hull, but have smaller rigs.

The Laser Standard is the original rig, with the largest sail area of all variations, and has been used at the Olympic Games since 1996.

It has also been designed by Canada's Bruce Kirby and Ian Bruce in 1969.

The 49er class is named after its hull length of 4.99 metres. It is a two-handed high-performance skiff.

It is a one design class where athletes compete with identical equipment built by a limited number of manufacturers.

The boat has been designed by Julian Australia's Bethwaite in 1994. The two sailors on-board take different roles. The sailor at the helm generally makes the tactical decisions and steers the boat, while the crew undertakes more of the physical work and controls the sail.

Both of the crew are equipped with their own trapeze, and sail. The mast can support a combined crew weight of up to 165kg from its dual trapeze.

The spinnaker, one of three sails along with the mainsail and jib, is decorated in each country's flag at the Olympic Games, making this class one of the most visually appealing to watch.