I am obsessed with Rishabh Pant, such a match-winner he is: Sourav Ganguly 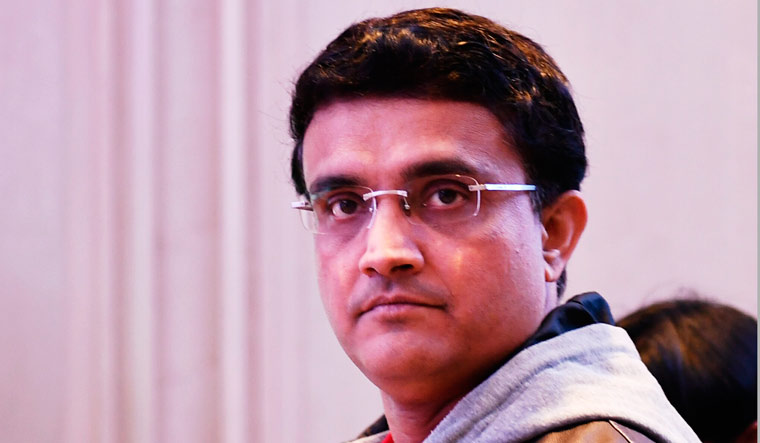 Batsman-cum-wicket keeper Rishabh Pant won high praise from none other than former Indian skipper and president of Board of Control for Cricket in India, Sourav Ganguly, who said he is “obsessed” with the youngster.

During an online interaction, when Ganguly was asked who his favourite cricketer was in the current Indian team, he said, “There are some fantastic players. As the president of the BCCI, I should not be saying who they are. I like watching Virat Kohli and Rohit Sharma, but I am obsessed with Rishabh Pant. Such an absolute match winner he is." He said this during an interactive session organised by Classplus, a platform for educators and and coaching institutes.

The former Indian skipper, who underwent two rounds of angioplasty at a Kolkata hospital in January after complaining of chest pain, said he is “absolutely fit and fine, back to work, doing everything as before."

He further said he also keenly follows Mohammed Shami and Jasprit Bumrah, but had a special word of praise for Shardul Thakur who he said “has the courage and guts to perform at the top level."

Ganguly has been known to have the knack to spot talent and back them at the right time—the reason why talents like M.S. Dhoni, Yuvraj Singh, Harbhajan Singh, and Virender Sehwag thrived during his time as captain.

He also offered a few insights and shared cricketing anecdotes with his audience on topics related to leadership, man management, coping with pressure and failures.

Asked how one should cope with failure, Ganguly said, "People who managed their failures best are the most successful.” He cited the example of his friend and teammate Sachin Tendulkar. "He has 100 international hundreds, he played over 700 games for India. There have been times when he has had to manage bad patches, but he manged those well...Life is all about failure management."

Ganguly said he did not consider his cricketing journey from the time he made his India debut in 1992 to his comeback in 1996 as a failure. "I was 18 years old (when I made my debut). That break helped me to comeback stronger, understand what International cricket was all about, how to physically cope and mentally tackle the pressure. When I went to England in 1996, I was a much stronger player. I knew what it took to score at that level, I also had four years of domestic cricket under my belt. I have played 450 games for India, but for me the mindset I took to the 1996 Lords Test was the best; there was a lot of composure."

For Ganguly, building a successful team meant understanding and backing every player. "You can't say my way or highway; a good team is where everyone is heard," he said, adding, "Man management is very important to be successful. A captain should not think every player will think or play the same way."

Citing the example of Anil Kumble who he said he rated as big a great as Tendulkar, Ganguly mentioned how ahead of the team selection for the 2003 tour to Australia he went into the selection committee meeting, knowing that he would face questions about Kumble's place in the team as his bowling record Down Under was under scrutiny. "I knew I would face a challenge in the meeting. When I fought for him, selectors said 'OK but if India doesn't fare well or Kumble doesn't, then we will first drop you as skipper and then him from the team'. Anil finished as the best bowler in Australia and that year was his most successful where he took 70-75 wickets."

Speaking about turning adversity into advantage, Ganguly said he chose to make a comeback on India's tour to South Africa after being dropped from the team in 2006, knowing that he must prove himself on a tough tour. "Four years I played after that, and when I announced to my teammates I was retiring, one of them said 'why now? This is the best I have seen you play in last four-five years'."