Sutirtha Mukherjee won against Manika Batra, who also made the cut due to her ranking 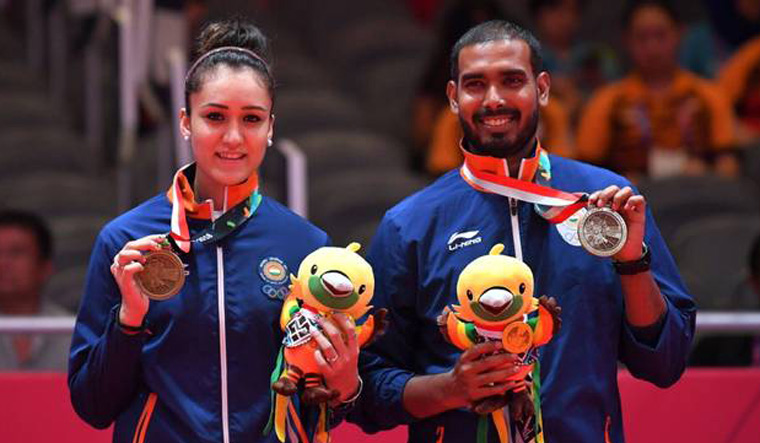 The seasoned Achanta Sharath Kamal on Thursday became the first Indian paddler to qualify for the Tokyo Olympic Games after a dominant win over Pakistan's Muhammad Rameez at the Asian Olympic Qualification tournament in Doha.

Despite her defeat against Sutirtha, Manika is also set to make the cut because of her ranking.

The win over Rameez ensured at least a second-place finish for Kamal and it was enough to secure a spot in the delayed Games, scheduled to begin in July.

It will be Kamal's fourth appearance at the Olympic Games.

“It was a good match against Sathiyan but I made some errors and he capitalised on them to win the match. I was a bit nervous before playing against Rameez as I had never faced him before.

“But after the first few games I was confident that my strategy was working and I executed it well to maintain control,” the world number Sharath said.

The 38-year-old Sharath said considering the tumultuous 2020, it's a big relief.

“A lot of things have happened since March 2020. I became the champion in Oman and was in good touch, was preparing to play the qualification match in Thailand in just two weeks and suddenly everything came to a standstill.

“I have achieved the best rankings of my career and it's a huge sigh of relief especially the way this year has been. Though this will be my fourth Olympics, it will be my best Olympic Games.”

Looking to secure double qualification, Sharath also cruised into the semi-finals in the mixed doubles with Manika Batra after the pair defeated Mohammed Abdulwahhab and Maha Faramarzi of Qatar 11-6, 11-6, 11-2, 11-3 in the quarters.

The star Indian pair, which received a bye in the first round, will now take on Koen Pang Yew En and Ye Lin of Singapore in the last-four match on Friday.

Sathiyan too is now just one win away from joining Sharath in qualifying for the Tokyo Games as he takes on Rameez in the final round-robin South Asian group game later tonight.