We are very confident of how we play the pink ball: Kohli ahead of third Test 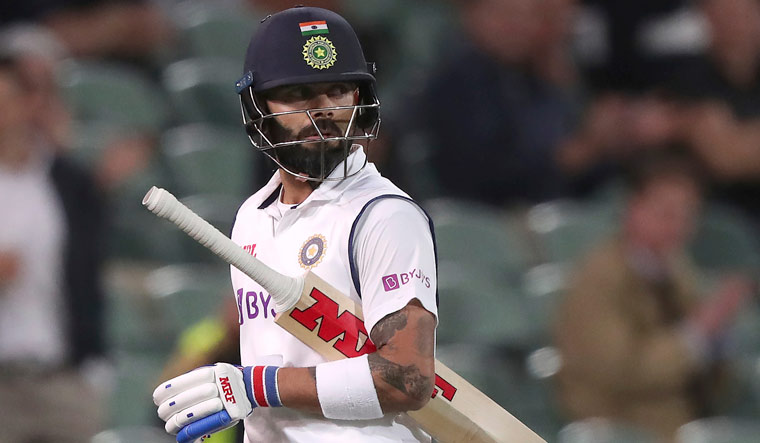 The stage is set for the second leg of the Test series between India and England as the third match will kick off on Wednesday at the refurbished Motera Stadium in Ahmedabad. With the four-match Test series levelled 1-1 in the first leg in Chennai, India and England walk into the unknown in what is expected to be an enthralling encounter.

This is the first Test match to be played at the Sardar Patel Stadium in Motera after 2012—how the wicket will eventually play out is anybody’s guess, with no form guide of recent matches to go by. Add to that the challenges of playing under lights, with a pink ball. Both teams will be wary of what lies ahead given that so much is at stake.

India and England haven’t had great taste of the pink ball Test in recent times—both sides have been skittled out for embarassingly low scores in the most recent ones they featured in respectively.

Skippers Virat Kohli and Joe Root have a lot to think about in terms of combination. Adjustment and adaptability will be the two crucial components for both sides. Kohli sounded confident of a good show under lights.

Speaking to the media ahead of the third Test, Kohli said that the team was ready and prepared for whatever the day/night match throws at it. He said, like England, the hosts, too, had a strong bowling attack. The pace and spin bowlers will have important roles to play in the match. He brushed aside thoughts about the impending World Test Championship in June in England with both teams still in contention to make it to the final at Lord’s against New Zealand. Excerpts :

The wicket is expected to help spinners, no great swing for the pace bowlers. What is your opinion?

I don’t think that’s a very accurate assessment. The pink ball does tend to swing a lot than the normal red ball we play with. We experienced that in one match that we played in 2019 against Bangladesh. It is much more challenging with the new pink ball, especially in the evening, under lights—that one and half hour can be very challenging. Yes, spin will come in for sure but I don’t think the new ball or fast bowlers can be ignored. The pink ball does bring them into the game till the time the ball is nice and shiny. We are well aware of that and preparing for the same.

What are the adjustments you need to do while playing under lights with the pink ball?

Last time we experienced that, the first session is the nicest to bat; when the sun’s out, the ball doesn’t do much. During twilight period, when the sun sets, it gets very tricky, difficult to sight the ball, and under lights is like playing first session in the morning of a normal Test match. The ball tends to swing a lot more. I think it’s about adjusting as quickly as you can as a batsman. Even though you might be set in the afternoon, but you have to take guard in evening and start from scratch. For bowlers, bowl consistent line and length and in the evening, bowl a more attacking line. Same kind of template will be useful in this game.

If the conditions are more seam-oriented, will England have the edge?

Our focus will solely remain on our team. [We are] not really bothered about  the strength and weaknesses of the England team. We have beaten them in England where the ball does way more, bowled them out every time. It’s just about playing well as team. There are many weaknesses in the opposition side as well if you are keen to exploit them. It will be a seamer-friendly track for them and for us as well. And we do have one of the best bowling attacks in the world. We are ready for anything that comes our way.

The WTC scenario will be decided in the next two Tests not just the fate of India, also England and Australia. How do you look at this scenario? India need to win one, draw the other…

You can’t  play for those kind of reasons. [We are] not looking to win one and draw one, we are looking to win both. For us, there are two games of cricket focussed on. What it does afterwards is a conversation for later. In the present moment, we are preparing for tomorrow, ready for the grind of the next five days. One day at a time—that’s something we have followed for years. [There is] no point running far ahead into future.

England were bowled out for 58 and India for 36 in their most recent D/N Tests. Will these experiences help?

Not according to me, no. These are bizarre experiences for two quality sides. If you ask England the same question, their answer will probably be no. We understand that on that particular day, nothing seemed to go right; it happened the same way for us in Adelaide. Barring that 45 minutes of bad cricket, we dominated that Test match also. We are very confident in terms of how we play the pink ball. Even Australia, although the pitch helped their seamers, we had them under the pump all days, but for those 45 minutes. We understand what went wrong and brushed it aside after that and performed beautifully, ended up making great comeback. These are not hindrances but something that you learn from. [It is] not a mental scar.

Your thoughts on Ishant Sharma playing his 100th Test.

I have known Ishant for many years now. He started playing state cricket along with me. We have been roommates for years in domestic cricket. When he got  selected for India, he was fast asleep in the afternoon and I had to kick him off the bed to say ‘you have been selected’ and he wouldn’t believe me! That’s how far we go back. I couldn’t be happier for him. Playing 100 Tests is no mean feat, especially playing in our conditions. He perseveres, and is very hard working and honest about what he can bring to the table and very self-assured. He knows me inside out, so there is this big trust factor; I know him inside out, too. He knows I will listen to his plans as well. Happy to see him really enjoy his bowling the last few years and become a stalwart of Indian bowling attack.