Looking To Play Teen Patti Online? Here Is Your Guide 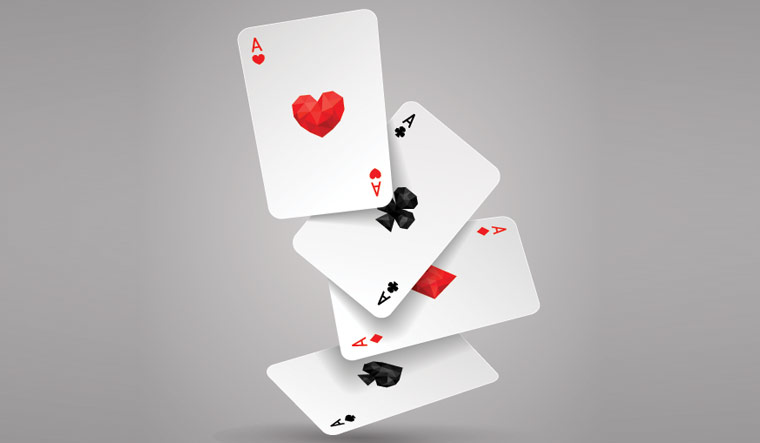 Teen Patti has quite a strong cultural background in India which cannot be taken away. It is often played at various social gatherings where family members and relatives enjoy their time and challenge each other. The game is especially popular during Indian holidays such as Diwali and Janmashtami.

The Teen Patti game is relatively simple; every player places the minimum stake known as the Chaal into the pot (amount in the table's centre). The entire pot is usually won by one of the players. The game starts with 52-cards shuffled and dealt clockwise until each player has three cards (there are usually 4-7 players in each game).

The players get the option to play their hand as either "Seen" or "Blind”. Seen players can look at their cards before betting, but their bets must be twice the size of blind players. A player who is playing blind can choose to become a seen player at any time and look at the cards prior to betting, but the bet should be then placed higher.

One can search for Teen Patti online casinos on Casino X8. They have a comprehensive Teen Patti casinos guide in which they have explained the pros and cons of playing in each casino, their welcome offers and bonuses, developers, pay in and pay-out methods, licenses, and much more to help you make an informed decision.

After signing up with your most preferred casino, it is time to start playing. Let’s look at some rules and structure involved in Teen Patti.

The hands in Teen Patti follow the following structure:

High card – If a hand doesn’t have any of the above combinations, in that case, the game is played on the basis of the highest card

A show cannot open until any two players make the dropout.

In blind bet, the amount of a show is the stake paid into the pot. It doesn't matter whether the other player is playing seen or blind. The player can see their three-cards hand if they have paid for the show.

In case of the seen player and other player's blind bet, the player is restricted to demand a show.

If both players are on a seen bet, the player, in turn, has to pay twice the current stake for a show.

Both players' cards are exposed in a show, and the player whose three-card hand is higher wins the pot.

While playing teen patti online in India, one will realize it is much better than land-based casinos as soon as it comes to deposits and withdrawals. When players play online, they don't have to leave the table as on a land-based casino. Players can easily top up their account or cash out their winning amounts. Just remember to choose a reliable online casino or gambling site.

To know best about Teen Patti Online Casinos, check out CasinoX8 to read honest reviews about each casino.