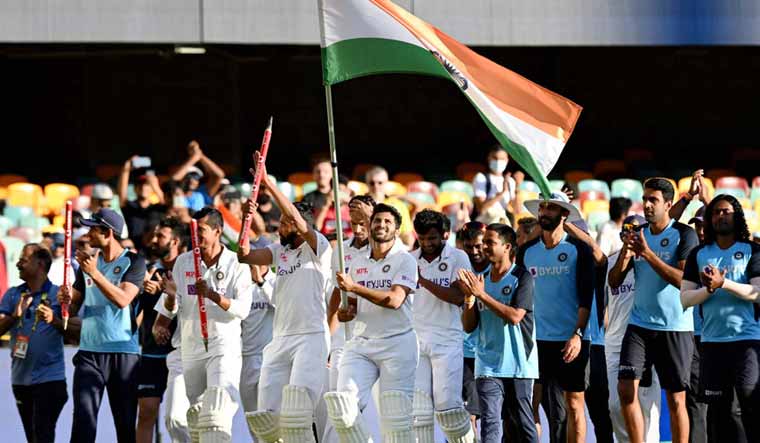 The Indian men’s cricket team players who landed in Mumbai after their triumphant Australia tour have been advised to undergo a mandatory seven-day home quarantine.

The Brihanmumbai Municipal Corporation (BMC) commissioner Iqbal Singh Chahal had also directed that players have to undergo mandatory RT-PCR tests upon arrival at the international airport.

Several players have been living in a bio-secure environment since September when the Indian Premier League was staged in the UAE due to the coronavirus pandemic and later travelled directly to Australia, where they underwent mandatory quarantine for 14 days before the start of the series.

Five members of the Indian contingent, including captain Ajinkya Rahane, Rohit Sharma and coach Ravi Shastri, arrived in Mumbai on Thursday morning after they completed their tour Down Under, retaining the Border-Gavaskar Trophy after winning the series 2-1.

The players were felicitated by the Mumbai Cricket Association with Rahane cutting a cake to celebrate their historic win.

In the final Test at the Gabba, India defeated Australia by chasing down the 328-run target with three wickets to spare after scintillating performances by Shubman Gill, Rishabh Pant, Cheteshwar Pujara and Mohammed Siraj.

Team India will face England in a four-match Test series starting February 5. The tour will also five T20Is and three ODIs, with the matches being played in Chennai, Ahmedabad and Pune.