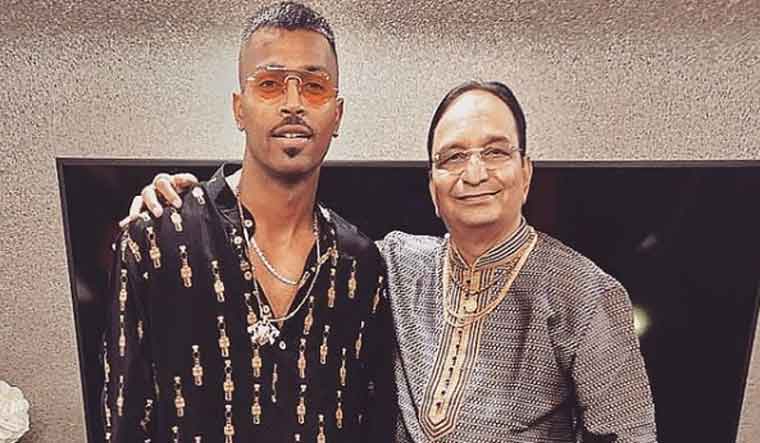 India all-rounder Hardik Pandya and his brother Krunal's father Himanshu has died. Krunal, who was leading Baroda in the Syed Mushtaq Ali trophy, has left the bio-bubble created for the tournament to be with his family, association secretary Ajit Lele told PTI.

Hardik is not playing the national T20 tournament as he is preparing for the white-ball series against England.

Himanshu had played a key role in the success of his cricketer sons.

Krunal scored a match-winning 76 in the opening game against Uttarakhand and has also taken four wickets in the first three games.

"Remember meeting uncle for the first time at motibagh. He was so keen for his sons to play good cricket. My condolences to You and family. May god give you strength to pass through this difficult time @krunalpandya24 @hardikpandya7, tweeted Pathan, himself a former Baroda captain.