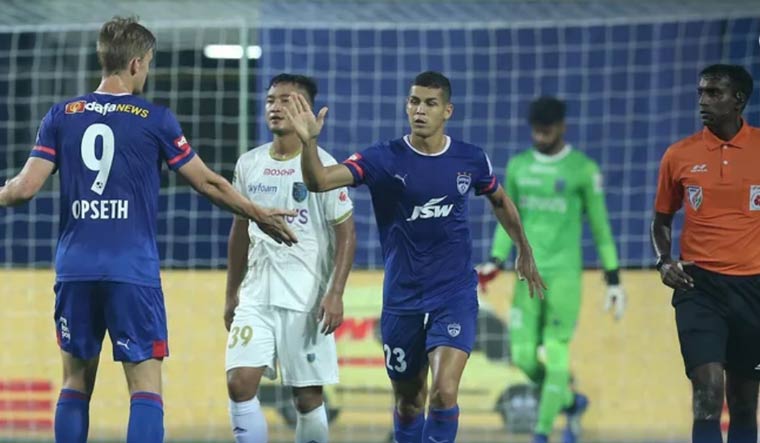 A team just cannot win games without a solid game plan in defence. When I saw Kerala Blasters' starting line-up against Bengaluru FC on Sunday, this thought crossed my mind. It was obvious that Blasters' defence was not strong enough to take on a team that play like a well-oiled machine.

Of course, they had to deal with the absence of centre-back Nhamoinesu Costa who put up a solid performance in the previous matches, but it was surprising to see Prasanth and Lalruatthara playing as wing-backs.

Prasanth's weaknesses in that position were already exposed earlier in the tournament. Lalruatthara looked a bit rusty as he did not get much game time this season. Though Blasters started off well and took the lead in the 17th minute, individual defensive errors cost them the match.

The Men in Yellow have to pull their socks up, given their poor show in this match, and try and learn from mistakes. Otherwise, this is going to be another disappointing season for them.