'Sehwag is in media for such statements': Maxwell on '10-crore cheerleader' jibe 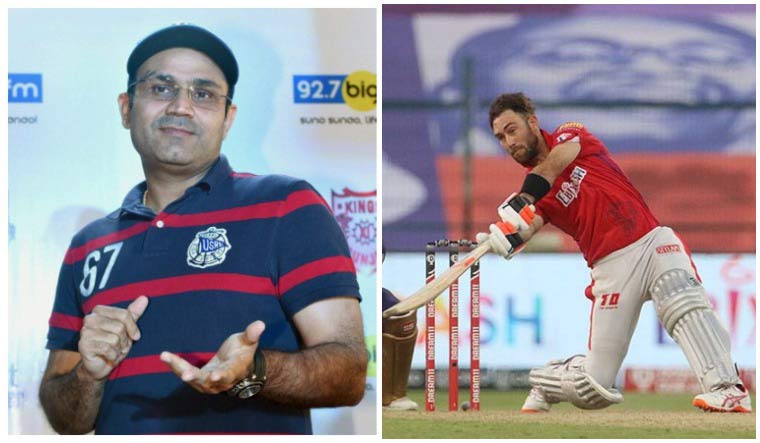 The recently-concluded Indian Premier League 2020 saw some big names performing well below expectations. Almost all the players seemed rusty at the start after the long break from the game because of the COVID-19 lockdown.

Most of them got into the groove as the tournament progressed in the UAE, but there were high-profile exceptions, though, like Andre Russell, Mahendra Singh Dhoni, Pat Cummins, Sunil Narine, Rishabh Pant, to name a few.

But, the biggest disappointment, probably, was Australian all-rounder Glenn Maxwell, whom Kings XI Punjab (KXIP) picked up in the auction for Rs 10.75 crore. One of the most destructive batsmen in the T20 format, Maxwell scored just 108 runs in 13 matches (11 innings) at an average of 15.42 and strike rate of 101.88, and took three wickets with his part-time off-spin. That he failed to hit even a single six throughout the tournament, is an indicator enough of the woeful form he was in.

Former India opener and ex-KXIP player and mentor Virender Sehwag did not mince any words, calling Maxwell a “10 crore cheerleader” and accused him of being on a “highly paid vacation” in the UAE.

The Australian all-rounder, however, refused to be drawn into a war of words with Sehwag. "It’s okay. Viru is pretty outspoken with his dislike of me, and that’s fine. He’s allowed to say whatever he likes,” Maxwell told The West Australian.

"He’s in the media for such statements, so that’s fine. I deal with that and move on, and take it with a grain of salt with Sehwag."

Maxwell, who had taken a break from cricket last year to address mental health concerns, said he is better at handling such situations now. "I think I’m better equipped with dealing with those sorts of things now," Maxwell said.

The K.L. Rahul-led KXIP failed to make the plays-offs, despite a late surge which saw them win five consecutive matches.