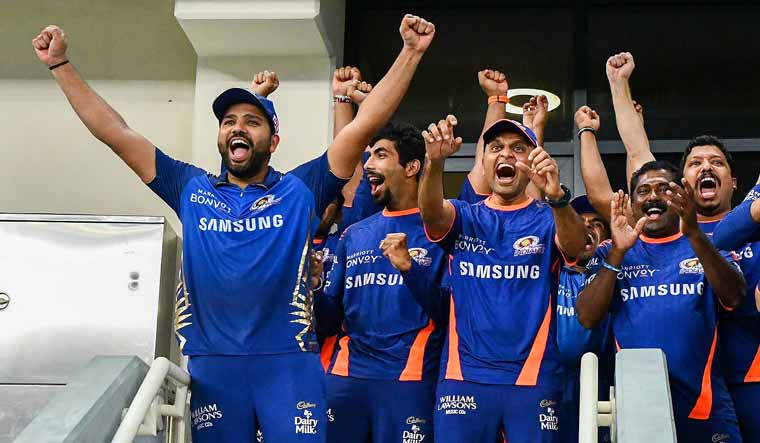 An insatiable hunger to succeed, the willingness to put in the extra yards and extensive work on the nitty-gritties culminated in an unprecedented fifth IPL title for Mumbai Indians, the players responsible for the triumph said after a clinical demolition of Delhi Capitals in the final in Dubai.

Opener Quinton de Kock said after the final, “Mumbai have a great set up, so we’ve been able to move with the gym work and training and stuff. We’re reaping the rewards today for it. It’s a great feeling.”

“I think this year because there were so many questions around Mumbai in general, whether we can win back to back, we put in extra effort. You can see it’s paid off. We worked extra hard on the nitty gritties.”

If last year’s one-run win over Chennai Super Kings was an absolute cliffhanger, skipper Rohit Sharma’s fluent 68 made it a walk in the park this year for Mumbai as they chased down the target of 157 in 18.4 overs with five wickets in hand on Tuesday.

“It’s a great feeling. I’ve been here 11 years, fifth trophy. No one sees the planning and training, it’s pressure playing for a franchise like this,” MI veteran Kieron Pollard.

The West Indian swashbuckler added: “The amount of trophies, the amount of work, the amount of players who go on to play for their countries, I think we’ll have to say so (that this is the best T20 franchise).”

Elder of the Pandya brothers, Krunal pinned it on the hunger of the players.

“It’s the hunger. The way we went about the games, there was always 100 per cent. A lot of credit goes to how we prepared. One month before we came, everyone knew their roles.”

“Everyone was in good shape, just executing what they were doing in the nets.”

Another MI star, Suryakumar Yadav attributed the success to preparation and following the process.

“Preparations, processes and routine is important. the team just said one thing―we’ll take care of this. You go and express yourself,” Suryakumar concluded.

Pace spearhead Jasprit Bumrah said the title is more special because of the tough circumstances the tournament was played in given the challenges posed by the COVID-19 pandemic.

“...we have worked very hard, we started preparing much earlier before other teams, we worked through process, all of which has got us a lot of results. We wanted to break the jinx of winning every alternative years―the goal has been achieved now.

“It means a great deal (about playing the IPL), the pandemic has been such a shock, everyone have been stuck at home,” he said.