With the win, the Rohit Sharma-led side climbed to the top of the points table 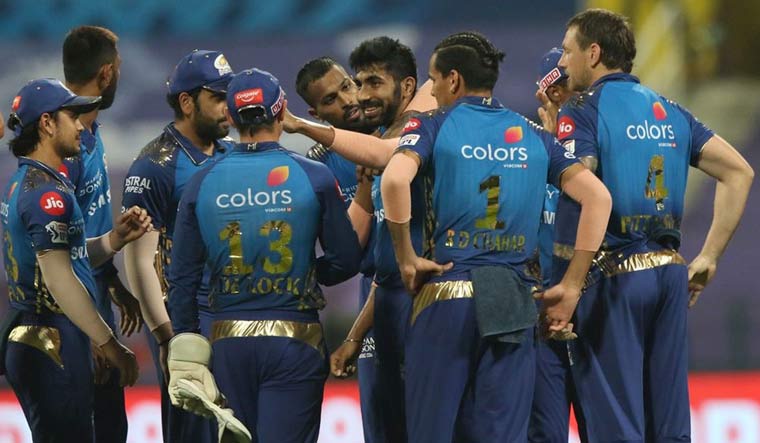 Mumbai Indians produced a commanding display with both bat and ball, to outplay Rajasthan Royals by 57 runs in the IPL 2020 encounter in Abu Dhabi, and go top of the points table, thanks to their third successive win.

The Mumbai Indians pacers were right on the money, with Jasprit Bumrah taking 4/20 and Trent Boult picking up 2/26. James Pattinson, too, chipped in with a couple of wickets.

Earlier, Suryakumar Yadav smashed his highest score in the tournament—an unbeaten 79 off 47 balls—to fire Mumbai Indians to an imposing 193 for four after skipper Rohit Sharma opted to bat at the Sheikh Zayed Stadium.

In response, Royals were down and out at 12 for three before Buttler gave them a glimmer of hope.

However, he did not get support from the other batsmen as Royals slumped to their third defeat in a row. The three changes that they made also did not work for them.

With another resounding win, Mumbai look the team to beat alongside Delhi Capitals. It is still early days in the tournament but it seems they have already figured out their best XI on the park.