THE WEEK archives: Dean Jones on what the T20 format could do for cricket 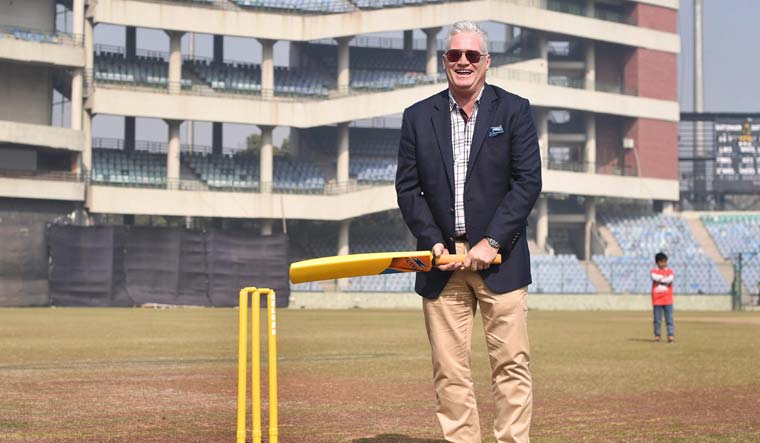 Dean Jones passed away from a cardiac arrest on September 24, 2020. This article originally appeared in the September 23, 2007 issue of THE WEEK.

Contrary to what people think, the phrase 'Mickey Mouse Cricket' has nothing to do with Twenty20. Australian Test legend Doug Walters spoke those words in January 1971, when Australia and England played the first ever One Day International. It was a hastily arranged affair, much like the first Twenty20 game in England, and played to compensate for a rain-hit Test that had been abandoned without a ball being bowled. To everyone's surprise, about 50,000 people turned up to watch, and it was the beginning of a revolution.

As we go through the familiar routine of critics pouring scorn on a new version of cricket, and debates about whether it will affect the older forms, I can't help but think back to Doug's words, because the reaction to ODI cricket was, if anything, even fiercer than what we are seeing now. It split the cricketing world down the middle and brought about fundamental changes, whereas today, when the 50-over format seems to have been around forever, Twenty20 is more like a modification than an invention.

As it stands now, Twenty20 has a lot going for it. In these busy times, a tournament like the Twenty20, World Cup, which showcases the best talents and brings all the teams together, is perfect. And, very importantly, it fits in with the requirements of the TV channels, which is a huge recommendation. All of this means that the spectator demographics are changing, with more and more women and young children (of the age group that can't be expected to sit still for longer than three hours) being drawn to this exciting new format.

And contrary to what people seem to think, the format is tough on the batsmen as it is on bowlers, particularly if you are batting first. It is my belief that it is always easier to chase a target than set one in Twenty20. Once you know your target, you can get an Andrew Symonds or a Mahendra Singh Dhoni to smash the ball everywhere, much like the last five overs of a 50-over game.

That, in essence, is what Twenty20 is all about. You do much the same things you do in a 50-over format, only a bit quicker. And, of course, you need bowlers with courage to come back after a thrashing, as well as some mighty athletic fielding. What's clear is that the power players are going to do well in Twenty20, as they do in a regular ODI game. But the difference between stroke play and power play is clear, too.

When the 50-over game was introduced, you would see teams getting bowled out within 30 overs, simply because they could not pace their innings, and that is likely to happen in Twenty20, too, at least initially. But the better teams will get the hang of things pretty quickly. The bigger bats in use today-courtesy Indian bat manufacturers-will undoubtedly play a role, but you can't smash every ball for a six. You have to pick the balls to hit and the singles to run, just as you do in a 50-over game. You need to pick the right length to hit, run hard, turn tight, and field like demons, and you should be home and dry.

I have heard it said in some quarters that Twenty20 will affect the way 'normal' cricket is played. Darned right it will, but positively. Over the past few years, the effect of ODI cricket on Tests has become obvious. Today, teams regularly score 350-400 during the course of a single day's play in a Test match, and I wouldn't say that was such a bad thing, would you? So Twenty20 will obviously have an impact on the other forms, and I would say it has done so already. Only a few months into the game, and we've already seen more than one 400-plus ODI score.

The carnival atmosphere associated with a Twenty20 game may attract the disapproval of the purists, but baseball has been doing it for a while now, and the crowds love it. Dare I suggest a contest along the lines of 'best kiss' that we see in America's baseball stadiums, where the TV cameras (Kiss Kam, to be precise) pick out a couple, not necessarily in kissing mood, and they are then shown on the Scoreboard and encouraged to kiss by the pressure of fellow fans?

Well, I guess not, but I don't see anything wrong with a little entertainment. I thoroughly enjoy the cheerleaders and pop music being dished out in South Africa. Cricket is for players and spectators, and if both love Twenty20, who are we to carp? It is essential that we draw more youngsters to the game, and if it has to be done through Twenty20, so be it. Everyone knows Test cricket is still the ultimate frontier, and no cricketer will tell you otherwise. Think about it: however exciting a Twenty20 or ODI game be, people will still remember the tied Test in Chennai or an Ashes win long after the limited overs games have been forgotten.

But I would advocate Twenty20 for its immediate attraction and ability to generate a pulsating, thrilling game. The short duration means that less established or talented teams such as the erstwhile minnows Bangladesh-can send the bigger teams packing, because it is easier for them to perform well in short bursts. And I firmly believe that Twenty20 will be responsible for the introduction of innovations to cricket, so that a year from now, we may see batsmen executing shots that we would never have imagined a year ago.

As big teams like Australia and the West Indies have found out to their mortification, they need to treat the Twenty20 game with respect. It can, to quote my own words spoken many years ago, "bite you in the backside when you think you have it by the scruff of the neck". Against Zimbabwe, Australia crumbled under pressure. Their batting, with the exception of Brad Hodge, lacked fluency; their bowlers were too wayward; their fielders fumbled and gave away overthrows. Zimbabwe, on the other hand, threw themselves wholeheartedly into everything. And though some may say that commercial interests are solely responsible for the ICC organising a Twenty20 World Cup, it ought to come as a relief to spectators and players alike that the whole thing will be over in less than two weeks, unlike the one in the West Indies, which went on and on. Watching back-to-back cricket matches might take some getting used to, but if we can rise above some minor hang-ups, it ought to be fun. Make that Fun.