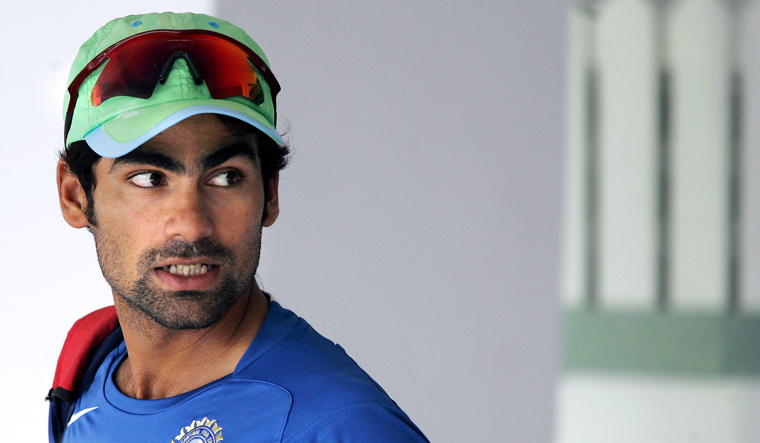 Top India batsman Shikhar Dhawan saw it as a historic day of celebration, while former cricketer Mohammed Kaif reminded the country of its culture of peaceful coexistence as sportspersons reacted to the bhoomi pujan ceremony for a temple of Lord Ram in Ayodhya.

Taking to Twitter, some sportspersons expressed their views on the televised ceremony performed by Prime Minister Narendra Modi at the Ram Janmabhoomi site, which was at the centre of a Hindu-Muslim legal battle lasting several decades. It ended in 2019 when the Supreme Court ruled in favour of a Ram Temple at the site.

"Today is a day of celebration and one that will go down in the history books. Congratulations to everyone involved. #RamMandir," Dhawan posted on his twitter page.

Kaif, who represented India in 125 ODIs and 13 Tests, urged the country to show the "goodness" that Lord Ram saw in everyone and not allow hate to come in the way of unity and harmony.

"Growing up in Allahabad, a city with Ganga-Jamuna culture, I loved watching Ramlila-a tale of compassion, co-exsistence (sic), honour and dignity. Lord Ram saw goodness in everyone and our conduct should reflect his legacy," he tweeted.

"Don't allow the agents of hate to come in the way of love and unity."

All-rounder Suresh Raina also hoped that peace and happiness would prevail after this.

"Congratulations and best wishes to the countrymen on the laying of foundation stone of the grand Ram temple at Ram Janmabhoomi Ayodhya. My wish is that it increases brotherhood, peace and happiness in the country," he tweeted.

Celebrated wrestler Bajrang Punia, a world silver-medallist who is seen as one of India's strongest medal contenders at next year's Tokyo Olympics, posted a congratulatory message.

"This day will be written in golden letters in history. With the laying of foundation stone of Shri Ram temple, the dream of all the devotees is coming true," he posted on his twitter page.

Olympic bronze-winning wrestler Sakshi Malik added," Ram is our existence. Ram is the one we worship. Ram is our life."

While allotting the Ram Janmabhoomi site for the temple to a trust, the apex court had ordered that a five-acre site be found elsewhere in Ayodhya for a mosque.

The Babri mosque had stood at the site before it was demolished in 1992.