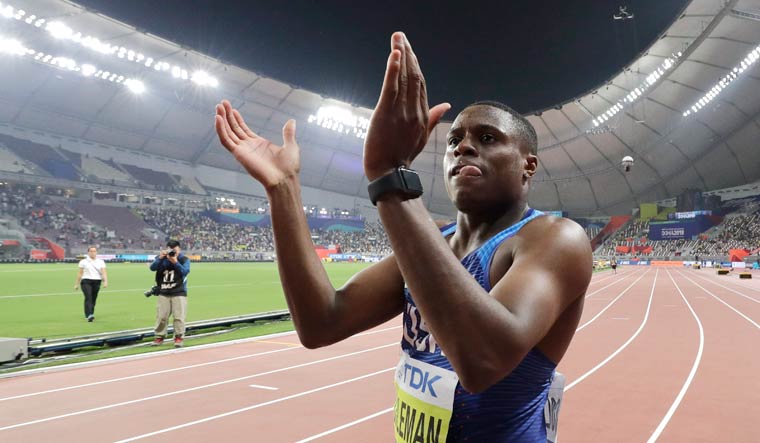 World 100-meter champion Christian Coleman was suspended on Wednesday by the Athletics Integrity Unit (AIU) for missing drug tests, and will be temporarily banned from competition.

The sprinter is banned from competing until a decision is made at a hearing under the World Athletics Anti-Doping Agency (WADA) rules or the Integrity Code of Conduct.

Coleman had taken to Twitter hours before the AIU included the champion in its list of athletes on provisional suspension. He put a lengthy post on the social media platform addressing his fans and fellow athletes, updating them on the situation and saying the AIU’s decision is wrong.

He said that drug testers were unable to find him on December 9 while he was at a nearby mall Christmas shopping, leading to his third infraction in a 12-month period. He explained there was no record of anyone coming to his home and that if he had been called he was only five minutes away.

He said he’s been appealing the latest missed test for six months with the AIU, which runs the anti-doping program for World Athletics.

He added that he was tested multiple times subsequently, even during quarantine, but the fact that he has “never taken drugs doesn’t matter”.

Coleman is a favorite for Olympic gold in the 100-meter dash heading into the Tokyo Games that have been postponed to next summer due to the coronavirus pandemic.