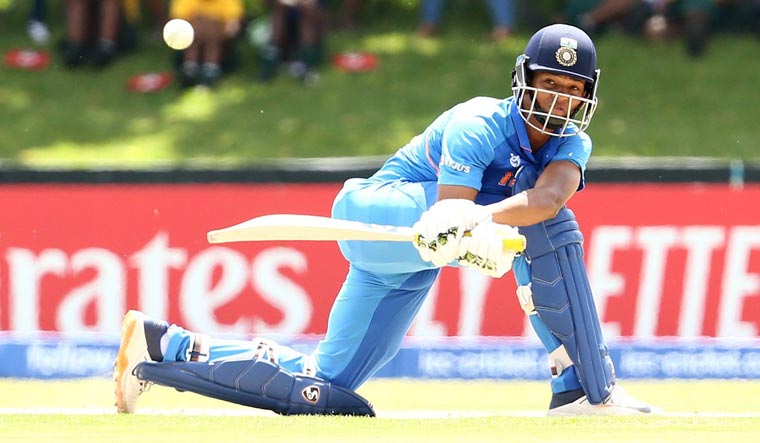 Yashasvi Jaiswal in action against Sri Lanka in the U-19 World Cup in Bloemfontein, South Africa | via icc.com

Star of India's Under-19 World Cup campaign, Yashasvi Jaiswal's Player of the Tournament trophy, which had broken into two pieces during transit, has been fixed.

Jaiswal had won the coveted player of the series award for scoring 400 runs, including an unbeaten hundred against arch-rivals Pakistan in the semifinal of the global showpiece.

"The said trophy suffered damage during transit, but we have now fixed it. Such things happen during travel," a source close to Jaiswal told PTI on late Thursday night.

Jaiswal was also the top run scorer for India in the final which they lost to eventual champions Bangladesh via DLS method.

Jaiswal is being touted as the next big thing in Indian cricket. Not without reason. The UP lad had a prolific domestic season, scoring 779 runs in 13 List-A innings. His 154-ball 203 in a Vijay Hazare Trophy match for Mumbai against Jharkhand made him the youngest cricketer to score a double ton.

Post the U-19 World Cup heroics, greater challenges await him, starting with IPL 2020. He has been bought by the Rajasthan Royals for Rs 2.4 crore at the auction last year.