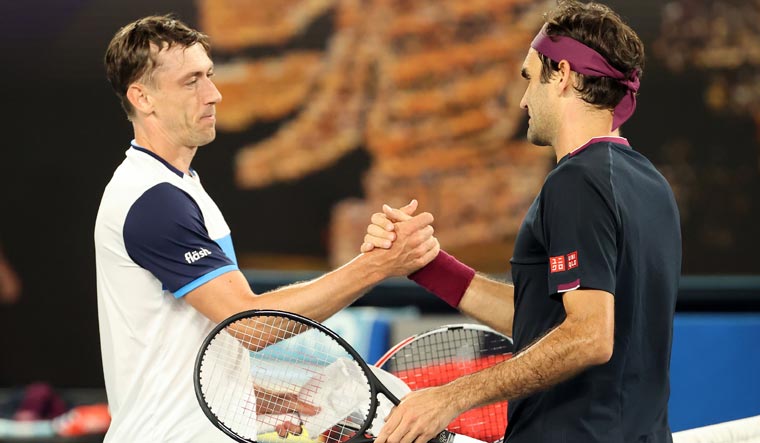 After women's defending champion Naomi Osaka and Serena Williams crashed out of the Australian Open today, Federer looked to be on his way to join them as a pumped-up Millman kept the maestro on his toes for four hours and three minutes.

The 20-time Grand Slam champion made an extraordinary 82 unforced errors against the world number 47 at the Rod Laver Arena, but managed to secure his 100th win at the Australian Open.

It was sweet revenge, too, for Federer, who was ousted by Millman in the 2018 US Open.

He was facing defeat in the super tie-breaker but he clawed back from 4-8 down to clinch his 100th win at the Australian Open.