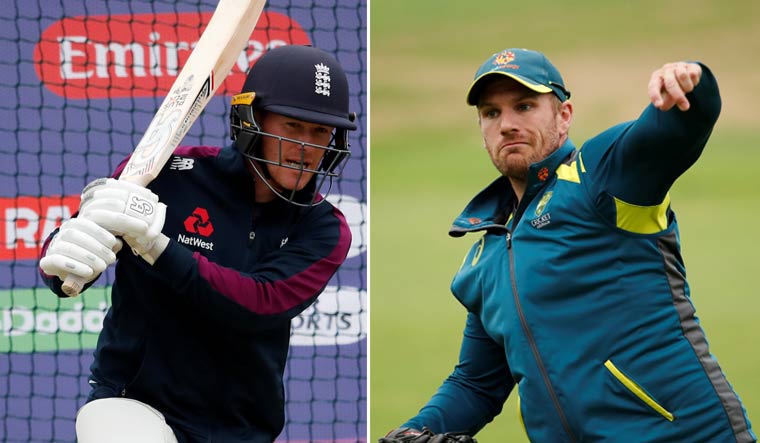 England seem primed to win their maiden title but it will take a special effort to upstage arch-rivals and record five-time champions Australia in the second World Cup semifinal in Birmingham on Thursday.

England have turned it around following their first-round exit in the 2015 edition and have become a formidable one-day side.

Considering the firepower the hosts possess, many current and former players have said it is England's World Cup to lose, a trophy they have not been able to lift despite making the final in 1979, 1987 and 1992.

And between them and a fourth shot at the title, stand familiar foes Australia who have been so consistent in the mega event that they are yet to lose a semifinal, having won six and one being a dramatic tie against South Africa in the 1999 edition.

Not many would have put their money on Australia as recent as four months ago, but Aaron Finch and his team have made a phenomenal comeback that began with a rare series win in India in March.

Though they still cannot be bracketed among the 'invincible' Australian teams of the past, trust them to rise to the occasion when the stakes are high.

They seem to be peaking at the right time and look a relaxed bunch, something that was very much evident when the entire squad walked barefoot around the outfield at Edgbaston here on Monday.

“If you go back 12 months ago there wasn't too much to be relaxed and chilled about in Australian cricket, was there? And that's the truth,” said Australia coach Justin Langer ahead of the game.

“We went through a major crisis in our cricket. It didn't just affect our cricket, it affected our country, so there wasn't too much to be relaxed about. We've had to work hard on being more humble in what we do and being focussed on playing good cricket but also being good people as well.

“And I know there will be some English people who will laugh about that but its actually true. We had to work hard on that and that's a good bunch of players,” said the former opener, referring to the period which saw senior players David Warner and Steve Smith being handed out one-year bans for ball-tampering.

England may have won 10 out of their last 12 meetings against Australia but they know well that the piece of statistic counts for little heading into the semifinal, especially after the Eoin Morgan-led side's 64-loss to them in the league stage.

But England are back to their best since that loss to Australia as they beat India and New Zealand in their final two league games.

Openers Jonny Bairstow and Jason Roy have been on fire and the team will be expecting another flying start from the destructive duo.

England pacer Liam Plunkett feels his team is a title favourite for a reason and fancies beating Australia who suffered an unexpected defeat against South Africa in their final league fixture.

“We are a different sort of animal compared to our last teams. We have played well for the past four years, we're ranked number one. We feel on our day we can beat anyone in the world,” he said.

The pace attack has provided the x-factor to both teams, adding to excitement of the contest.

All-rounder Marcus Stoinis has recovered from a side strain he sustained against South Africa.