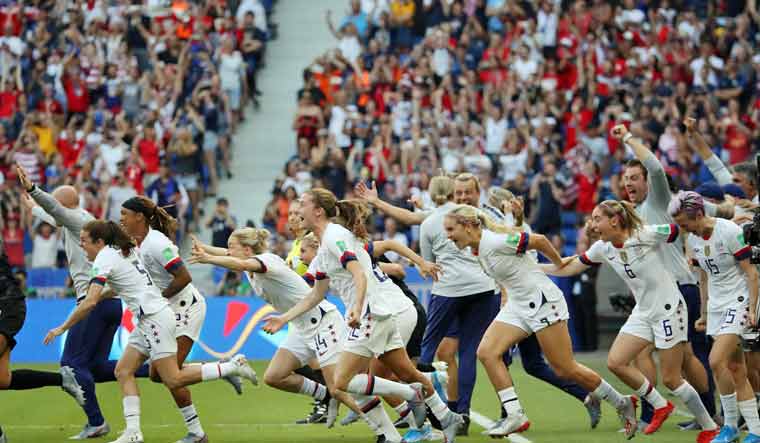 The United States of America have won the Women’s World Cup for the fourth time with a 2-0 win over Netherlands in the final in Lyon.

After a goalless first half, captain Megan Rapinoe’s penalty on the hour mark and a terrific solo effort from Rose Lavelle eight minutes later ensured Jill Ellis’s side retained their title.

The United States had the game’s first clear chance in the 27th minute, with Julie Ertz’s volley from corner. The Dutch goalkeeper then saved Samanta Mewis’ header as the defending champions turned the screw.

In the second half, the Dutch were standing firm in defence until Stefanie van der Gragt caught Morgan’s shoulder with her studs in the penalty area with an hour gone. Referee awarded the spot kick after the VAR intervened.

In thye 69th minute Lavelle doubled the USA's lead with a brilliant piece of individual skill. After a long dribble, Lavelle found the bottom corner with a left-footed strike on top of the penalty area.

After beating the Netherlands in Sunday's final, the US hoist the trophy for the second consecutive tournament.