IPL 2019: CSK vs SRH―When and where to watch, live TV, online streaming 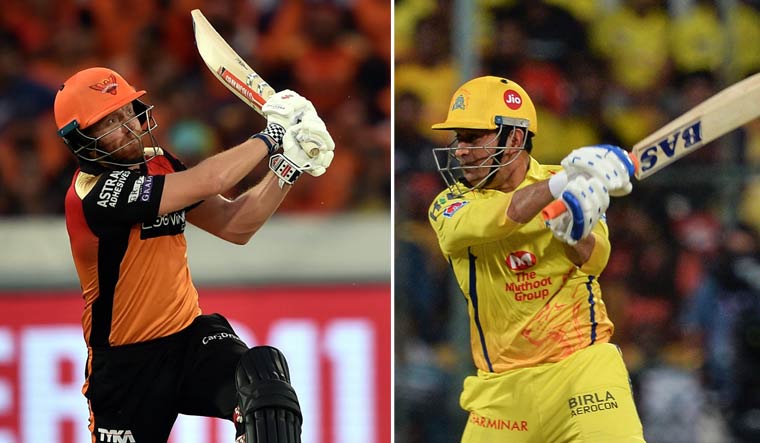 Chennai Super Kings would aim to sort out their top order woes and get back on top when they take on Sunrisers Hyderabad in an Indian Premier League match in Chennai on Tuesday.

Sunrisers face a similar problem but a bit lower in the order as bulk of the runs have been scored by David Warner and Jonny Bairstow. SRH are curently placed fourth in the points table with 10 points from nine matches.

A win will almost ensure a play-off berth for defending champions Chennai Super Kings, who lost back-to-back away matches against Sunrisers Hyderabad and Royal Challengers Bangalore. CSK lost their top position in the league after Delhi Capitals ploughed their way up with a win against Rajasthan Royals on Monday. DC and CSK have 14 points each from 11 and 10 matches respectively.

Time: The CSK vs SRH match will begin at 8 pm IST.

Live broadcast: The IPL match between Chennai Super Kings and Sunrisers Hyderabad will be broadcast on the Star Sports Network.

Online streaming: The CSK vs SRH match will also be live streamed on Hotstar.