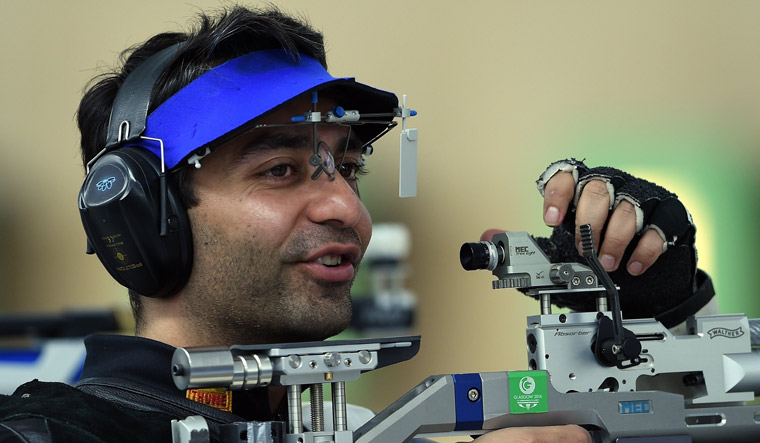 Olympic champion Abhinav Bindra revealed that there were major differences between members of the International Olympic Committee’s summit on eSports held last month in Lausanne, Switzerland. Bindra, who is member of IOC’s Athletes' Commission, attended the meeting in the same capacity. “President Bach is a fencer—he was told fencing taught people how to kill others. I was told shooting kills, by the representatives. Things reached a stage where we had to take things seriously and that’s why the Lausanne summit was called.”

Bindra stoutly defended shooting, saying there is absolutely no element of violence in the way the sport is played. There are, in fact, strict regulations regarding it. “We shoot differently, we don’t shoot like combat persons do, and there are strict regulations to ensure there is not even a bit of camouflage stuff on our clothing.”

The 2008 Beijing Olympic gold medallist has mixed views on eSports being made part of the Olympic family. It is being introduced in the 2018 Asian Games in Jakarta as a demo sport. He was speaking as part of panel discussion on Future of eSports in the Olympic movement at the Sports Law and Policy Symposium organised by Go Sports Foundation.

India has fielded a team of nine eSport experts under the aegis of the Esports Federation of India. The Olympic Council of Asia president Sheikh Ahmed Al Fahad Al Sabah was a big fan of it and thus it made an entry at the second biggest Games after the Olympics. “President of OCA is a big fan; he plays it with his grandkids. There is a long way to go. Let's see if everything falls in place.”

Bindra, who, as an active athlete, had pushed the limits of physical endurance in his quest to achieve the best possible results, admitted he had never played a video game in his life so far. He also raised issues of concern when it came to eSports. “I never played a video game in my life. I wouldn’t know the skill-sets required to play a game. Athletes are entrepreneurs who start with an idea; there's little to start with. As athletes, we are explorers trying to explore the edge of human performance. There is a big difference in physical aspect (when comes to eSports). Olympics is a greatest test of an athlete’s abilities. I am not quite sure eSports fits into that.”

The biggest issue regarding eSports is the violence, racial and gender differences they project. There is also a huge concern vis-a-vis doping—e-gamers are known to take a substance which enhances their attention span issues. Youth is driving the Olympic movement. The youth Olympics is all about testing your endurance. Only time will tell how things go. I don’t quite know the end goal of this—to make it an Olympic sport or make it a synergy. The federation needs to evolve first. There are governance issues that need to be looked at,” said Bindra.

His concerns were echoed by Jay Sayta, founder, G laws, a gaming laws specialist. “Jury is still out on whether it's a sport. Don’t see it accepted as a competitive medal sport in Olympics anytime soon; at least not till Olympics 2024 in Paris,” he said.

The Esports Federation of India president Lokesh Suji made a strong pitch for the sport while admitting governance needs to be streamlined more at international level than national.