"It's a big shift from what we do today" 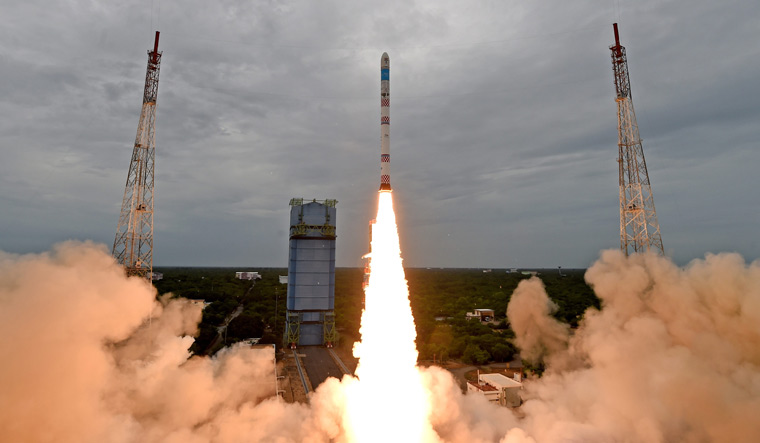 India has plans to design and build a new reusable rocket for the global market that would significantly cut the cost of launching satellites, a top government official said on Monday.

"...all of us want launches to be much cheaper than what we do today," Secretary in the Department of Space and Chairman of Indian Space Research Organisation (ISRO) S Somanath said.

Addressing the seventh 'Bengaluru Space Expo 2022' and later talking to reporters, he noted that at present it takes about USD 10,000 to USD 15,000 to put a one-kg payload into orbit.

"We have to bring it down to USD 5,000 or even USD 1,000 per kg. Only way to do that is to make the rocket reusable. Today in India we don't have reusable technology yet in launch vehicles (rockets)," Somanath said.

"So, the idea is the next rocket that we are going to build after GSLV Mk III should be a reusable rocket," he added at the inaugural session of the international conference and exhibition.

ISRO, Somanath said, has been working on various technologies, including the one demonstrated with Inflatable Aerodynamic Decelerator (IAD), last week. "We will have to have a retro-propulsion to land it (rocket back on earth)".

Combining these technologies, ISRO would like to design and build a new rocket which will be reusable, in partnership with industry, startups and its commercial arm NewSpace India Limited (NSIL).

"This is the idea and we are working on that idea. That idea cannot be ISRO's alone. It has to be an industry's idea. So, we will have to work with them in designing a new rocket, not only designing it, engineering it, manufacturing it and launching it as a commercial product and operating it in a commercial manner," he said.

"So, it's a big shift from what we do today," he pointed out. "I would like to see this (proposal) taking shape in the next few months."

"We would like to see such a rocket, a rocket which will be competitive-enough, a rocket that will be cost-conscious, production-friendly which will be built in India but operated globally for the services of the space sector. This should happen in the next few years so that we can retire all those operating launch vehicles (in India) at appropriate time," he said.