As US, Russia rekindle rivalry, re-examining the 'UFO' information war waged in the 40s

The US worried USSR could use UFOs to spark mass panic, hysteria among Americans 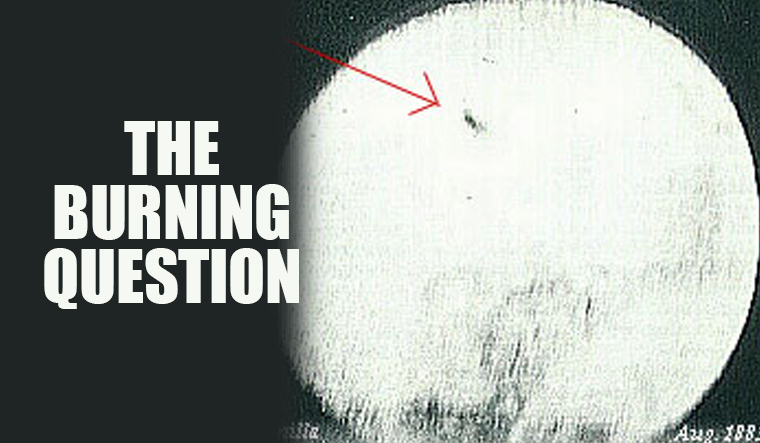 In continuation with our earlier piece, and the ongoing once-in-half-a-century UFO hearings in the US, we will revisit a slice of history. Since the 40s, UFOs have been an integral part of the information warfare between the US and the Soviet Union, even leading to a mass frenzy in America. Here, we analyse the geopolitical impact of UFOs and alien lore, a remnant of information diplomacy that lasts to this day.

In the realm of UFO lore, the 'Roswell incident' of 1947 occupies an iconic status of its own. The incident revolved around the crash of what was believed to be a 'flying disc' with child-sized beings, thought to be aliens, onboard near Roswell in New Mexico in July 1947.

As with all things about UFOs, much has been written and speculated about the Roswell incident, but the truth may well be buried under multiple cover-ups... layers of them. The soaring temperature of the Cold War at the time only added to the intrigue surrounding the incident.

In her 2011 book Area 51: An Uncensored History of America's Top Secret Military Base, US investigative journalist Annie Jacobsen made some startling claims about the Roswell incident. In her book, Jacobsen claimed the flying disc was a Soviet aircraft based on a design created by Walter and Reimar Horten, two brothers who were engineers in Nazi Germany. The Horten brothers created the world's first 'flying wing' jet-powered aircraft. A flying wing is an aircraft that is tailless and has no definite fuselage; the design is considered optimal for long-range missions and for reducing radar signature. The Horten brothers' flying wing design, which flew for the first time in 1944, and their work would lay the foundation for research that created the US B-2 stealth bomber four decades later.

In the late 1940s, a flying wing design based on the work of the Horten brothers would have been meant to not only evade radar detection but also create panic in the US.

Jacobsen claimed the child-sized aviators on board the crashed craft were the result of Soviet human experimentation, with humans being surgically or biologically altered to have enlarged heads and eyes. Explaining the purpose of the bizarre mission, Jacobsen told NPR in 2011 that the aviators "had been made to look like aliens a la Orson Welles War of the Worlds, and it was a warning shot over President [Harry] Truman's bow, so to speak. In 1947, when this would have originally happened, the Soviets did not yet have the nuclear bomb, and Stalin and Truman were locked in horns with one another, and Stalin couldn't compete in nuclear weaponry yet, but he certainly could compete in the world of black propaganda—and that was his aim".

The Roswell incident, thus, provides a glimpse into the scope of claims,counter-claims and conspiracy theories that result when the worlds of UFOs and Cold War intrigue intermingle.

US worries about Soviet use of UFOs were real. In October 1952, a memorandum of the CIA warned the Soviet Union could use UFO sightings as a means of psychological warfare because a "fair proportion of our [US] population is mentally conditioned to the acceptance of the incredible". This, the CIA warned, had the potential of setting off mass panic and hysteria. The CIA also warned the Soviet Union could use UFOs to deceive US early-warning radars in the event of war.

In August 1953, a CIA report referred to claims by Georg Klein, a German engineer, who said Nazi Germany had test-flown a 'flying saucer' in February 1945, which reached a height of 12,300 metres and speed of 2,200kmph (roughly 1.7 times faster than the speed of sound). Klein claimed the craft could take off vertically and land in restricted spaces.

Klein claimed Soviet forces captured plans to build such flying saucers and construction material for them as well as personnel working on them when they took control of the Polish city of Breslau (later renamed Wroclaw) during the Second World War.

The speed claim seemed far-fetched as, officially, the first time the sound barrier was broken was in 1947 by US Air Force ace Chuck Yeager.

A exhaustive report, Final Report of the Scientific Study of Unidentified Flying Objects, by the University of Colorado was submitted to the US Air Force in 1968. The report became famous as the 'Condon Report', being named after its author Dr Edward U. Condon. Condon argued that some of the mysterious sights seen by the US military, and thought to be UFOs, originated in the Soviet Union. This included lights flashing in the sky seen by US Air Force servicemen posted in Hokkaido, Japan, in February 1953. Condon surmised it was "very probable" the sight was a 'lighted' Pibal balloon launched by the Soviet Union from the Kuril Islands. Pibal balloons are used in meteorology to study the behaviour of clouds.

Thus, on the one hand, the US government was worried about the USSR using the UFO bogey as a means to sow fear among Americans. But, on the other hand, Washington D.C. did not hesitate to use the spectre of mysterious flying saucers as an effective smoke-screen for flights of two legendary Cold War spy aircraft: The U-2 Dragon Lady and the SR-71 Blackbird.

In 1997, CIA historian Gerald K. Haines published a study on UFO sightings for the agency's Studies of Intelligence, a series of public articles. The Washington Post then reported "the Air Force and CIA wilfully misled the public by claiming that thousands of sightings of unidentified flying objects were caused by ice crystals, temperature inversions and other tricks of nature, when in fact they were produced by the flight of high-flying, super-secret spy planes." The article by Haines claimed "over half" of all UFO sightings in the 1950s and 1960s were "accounted for by manned reconnaissance flights”.

Both the U-2 and SR-71 proved to be workhorses of the Cold War, with a U-2 flight's discovery of Soviet ballistic missiles in Cuba triggering the Cuban Missile Crisis of 1962.

Project Blue Book has remained a source of heated debate among UFO buffs, primarily because of its seemingly docile findings, which were:

It was not just the US where secret weapons were often confused for UFOs. From March 1967 for a period of around six months, residents of the Soviet Union, from the Ukraine to the Caucasus mountains, saw a bizarre sight of a crescent shape moving in the sky six times. Recounting the incidents, Air and Space Magazine reported in 2017 "The crescents moved west to east, convex edge forward, accompanied by smaller 'sparks'. To some observers they were about the same angular size as the moon; others, farther north, reported them as much larger. They always appeared close to sunset, as afternoon transitioned into evening."

Not surprisingly, the Soviet press referred to the sights as possible UFOs. Following the collapse of the Soviet Union, evidence turned up that proved the sights were of a mysterious long-range nuclear-armed ballistic missile, the R-36 Orb. This missile was designed to re-enter the atmosphere and go into low-earth orbit, before arriving in the vicinity of its target. This would have made it impossible for US early-warning systems to detect the weapon, given the radar technology existing in the 1960s.

So, how does one make sense of the Soviet 'role' in the UFO frenzy seen in the US? Herb Strentz, an emeritus professor of journalism at Drake University in Iowa, once observed, "The UFO phenomenon was prolonged by McCarthyism." McCarthyism referred to the period of popular paranoia in the US in the 1950s, led by senator Joseph McCarthy who had alleged Communists had infiltrated the government, academia and popular culture in the country. Strentz correlated the rise of the UFO frenzy in the early 1950s to the growth in worries about Communist influence in the US and worldwide.

Strentz, considered an authority on media coverage of UFOs, was not too far off the mark. Popular interest in UFOs appeared to decline from the 1970s. Experts attributed this to growing public acceptance of the fact mysterious objects once seen in the skies were actually advanced military systems and also the fact that both sides in the Cold war had conquered space and little evidence of extraterrestrial life had emerged.

When US, USSR 'promised' to join sides to fight aliens

The last decade of the Cold War, with Ronald Reagan at the helm in the US, is considered among the most momentous periods in modern world history. On the one hand, the 1980s saw a massive rearmament programme in the US and a proactive approach to whittle down Soviet influence across the world. But on the other hand, East and West also sought to address concerns over their growing nuclear arsenals.

One little-known point of 'agreement' between the two sides came about on the sidelines of a summit between Ronald Reagan and new Soviet leader Mikhail Gorbachev in Geneva in 1985. Speaking about the summit in 2009, Gorbachev said Reagan asked him "What would you do if the United States were suddenly attacked by someone from outer space? Would you help us?"

The Christian Science Monitor reported Gorbachev said, "I said, 'No doubt about it'.He [Reagan] said, 'We too.'"