An interstellar meteor hit the Earth in 2014, says research

It crash-landed along the northeast coast of Papua New Guinea 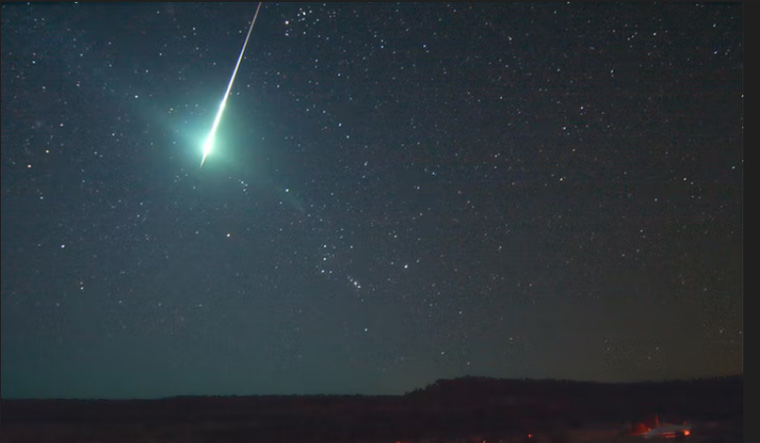 An interstellar meteor—a space rock that originates from outside our solar system—crashed on earth, according to a research. In 2014, a meteorite weighing half a ton entered the atmosphere above Papua New Guinea and burned, leaving its remains in the ground.

Every day, 25 million meteorite entries of various sizes orbit the Earth. But this interstellar meteor, known as CNEOS 2014-01-08, is the first known interstellar meteor to ever hit Earth, says a recently released document from the United States Space Command. It crash-landed along the northeast coast of Papua New Guinea on Jan. 8, 2014.

Lobe and Siraj, who were interested in the hunt for fast-moving fireballs that illuminate the atmosphere, made this discovery unexpectedly.

The meteor found in the data is not from our solar system.  The US Space Command—responsible for military operations in outer space—has acknowledged that the first interstellar visitor to Earth was the one discovered by of Loeb and Siraj.

However, NASA suggests that more evidence is needed to reach a conclusion about the origin of the 2014 meteorite.