First flight likely to take off in early 2023, says minister 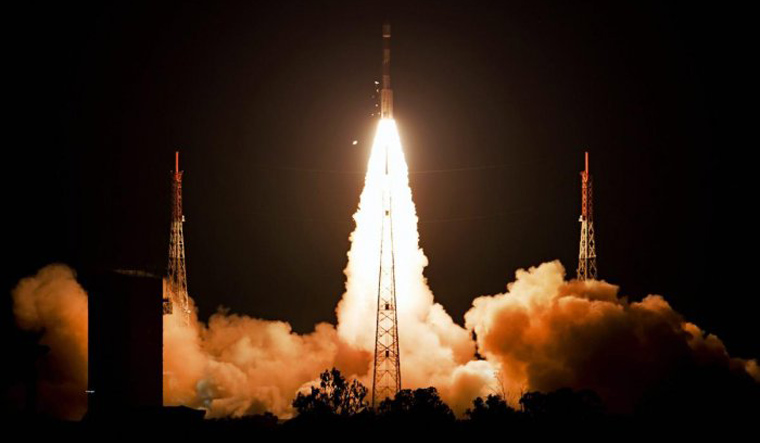 There will be no Gaganyaan flight this year. The Covid-19 pandemic has shifted the schedule of one of India's most ambitious missions, the human space flight, by a large margin.

Union minister for science and technology, space and atomic energy Jitendra Singh told THE WEEK that the first Gaganyaan flight is expected to take off in early 2023. "We will aim for the second flight, which will have the indigenous robot Vyomitra, to take off, hopefully by the end of 2023. The manned flight should happen sometime in 2024,” he said.

Gaganyaan comprises three flights of the GSLV Mk III to a lower earth orbit. The first two flights will be unmanned while the third will have a crew of two or three officers of the Indian Air Force.

When Mission Gaganyaan was announced on August 15, 2018, the aim was to have Indian astronauts in space in 2022, the 75th year of independence. "The schedule has slipped," said Singh. The pandemic has been the main reason for this delay.

Singh said since the man submersible mission Samudrayaan is also targeted for 2024, it will be a landmark year for the country, during which one crew will go to outer space and another to the bottom of the sea, some 6,000 metre below the surface.

Indian Space Research Organisation's new chief and secretary, department of space, S. Somanath met the minister on Tuesday and apprised him of the progress of the various missions.

On January 20, the high thrust Vikas engine for Gaganyaan programme went a successful qualification test for a duration of 25 seconds at ISRO Propulsion Complex (IPRC) in Mahendragiri, Tamil Nadu. The test was to verify the robustness of the engine by operating beyond its nominal operating conditions (fuel-oxidiser ratio and chamber pressure). The performance of the engine met the test objectives.

Three more tests are planned for a cumulative duration of 75 seconds under varying operating conditions. After that another high thrust Vikas engine will undergo a long-duration test for 240 seconds to complete the engine qualification for the Gaganyaan Programme.