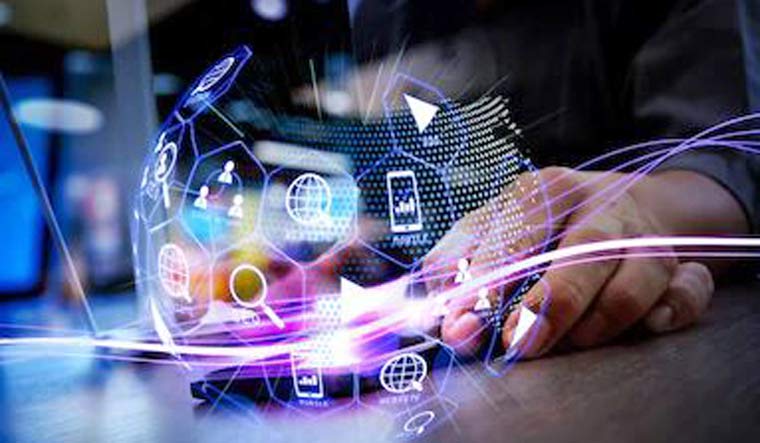 Digital communication and broadcasting platforms underwent significant changes in 2021 with the government introducing several new rules and guidelines while stressing on the need for an institutional mechanism for all media platforms to exercise responsible freedom.

In the beginning of last year, the Ministry of Information and Broadcasting introduced the Information Technology (Intermediary guidelines and Digital Media Ethics Codes) Rules 2021, providing guidelines for OTT platforms and digital news media, requiring them to make public their details and having a grievance redressal system in place.

Soon thereafter, the Centre also clarified that the power to administer new digital media rules has not been delegated to the states and union territories after a Manipur district magistrate served a notice to an online news portal based in Imphal under the new rules, which was later overturned by the ministry.

The year also saw the ministry announcing the Draft Cinematograph (Amendment) Bill 2021 which proposes to penalise film piracy with jail term and fine, bring about age-based certification to films and empower the government to order recertification of an already certified film on receipt of complaints.

In a bid to curb fake news, the ministry also launched its account on social media channel Telegram by the name 'PIB Fact Check' with Anurag Thakur, who assumed charge as the Minister of Information and Broadcasting in August, calling on the media to make efforts to check the menace of fake news.

Several other initiatives were taken by the ministry, like forming of a gaming centre to teach courses related to VFX, gaming and animation in collaboration with IIT Bombay, seeking feedback from public and stakeholders on "Accessibility Standards for Television Programmes for Hearing Impaired" to make television content including news more accessible and inclusive for persons with hearing disabilities and introducing a mobile application 'MyParkings' to enable people to book parking slots online in a bid to ease out vehicle parking in south Delhi.

To celebrate 75 years of the country's independence, Azadi ka Amrut Mahotsav was launched, as a part of which, several exhibitions were held across the country, featuring major landmarks of India's struggle for independence. The Amrit Mahotsav is a 75-week-long festival which commenced in March and would continue till Independence Day 2023.

When the country was hit by the devastating second wave of COVID-19, private TV news channels were asked to display several national helpline numbers for the benefit of citizens as a part of the awareness initiative.

The ministry also decided to constitute a committee to review the existing guidelines of Journalist Welfare Scheme (JWS) to revise the quantum of ex-gratia payment in death as well as other cases under the scheme.

Eyebrows were raised when Freedom House report titled 'Democracy Under Siege' claimed that India's status has declined to "partly free", with the government terming the findings as "misleading, incorrect and misplaced" saying India treats all its citizens equally without discrimination. The Ministry of Information and Broadcasting rebutted the report's claim that there were discriminatory policies and rising violence in the country against Muslims.

The government also faced severe criticism from a parliamentary panel on Communications and Information Technology which said that media was gradually losing its "credibility and integrity" and recommended setting up a 'Media Council' with statutory powers to check "irregularities" in print, electronic and digital platforms.

Headed by senior Congress leader Shashi Tharoor, the committee had also expressed concern over the "disturbing trend" of fake news and asked the Ministry of Information and Broadcasting to pursue the Ministry of Law and Justice for early implementation of the recommendation of the Law Commission to make paid news as an electoral offence, so that it has a deterrent effect on the incidents of paid news.

The ministry was also criticized by the committee for its "laxity" and "lackadaisical approach" in deciding the complaints against TV channels for violation of Programme and Advertising Codes and over the present way of measuring TRPs, saying it put a "big question mark" on the objectivity, accuracy and transparency of the system.

The panel also asked the government to ensure that oversight of digital media is exercised while also preserving their right to freedom of expression.

The year ended with India and Vietnam collaborating in the field of digital media by signing a letter of intent, which envisages sharing of information and experience in establishing policies and regulatory frameworks on digital media and social networks.