Facial recognition technology could change the face of Indian airports 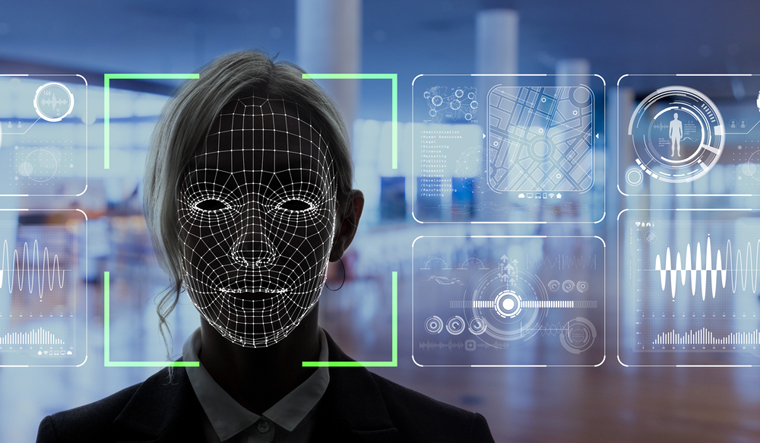 With the Airports Authority of India (AAI) working on a facial recognition technology-based biometric boarding system as part of the first phase of Digi Yatra Implementation at four airports, including Varanasi, Pune, Kolkata, and Vijayawada, FRT will make inroads into the Indian airports for the first time.

Initially, it will be on a pilot stage but FRT has the potential to change the face of the Indian airports. Experts say the technology can reduce the number of touchpoints and strengthen both security and medical precautionary measures at airports. At the same time, brings its own set of challenges.

“Facial recognition technology at airports is a very good use case across both security and health testing use cases. ID authentication and authorisation through Aadhar Card coupled with Computer Vision APIs for facial recognition will accelerate the airport security process. With the help of FRT at airports, more passenger data can be collected and analysed for better governance, risk and compliance. Additionally, healthcare testing use cases will further provide for a completely digital, seamless and contactless passenger journey and will usher in automated and autonomic processes for airport security, facility and airlines staff resulting in lower costs and improved risk management," Sudin Baraokar, global IT an Innovation Advisor told THE WEEK.

“At the international level at least 117 million Americans have images of their faces in one or more police databases. According to a May 2018 report, the FBI in the US has had access to 412 million facial images for searches. Facial recognition systems can monitor people coming and going in airports. The Department of Homeland Security in the US has used this technology to identify people who have overstayed their visas or may be under criminal investigation. Customs officials at Washington Dulles International Airport made their first arrest using facial recognition in August of 2018, catching an impostor trying to enter the country,” says Girish Linganna, an aviation expert and the Director of ADD Engineering Components India Limited.

Facial recognition will also help in streamlining security and other systems at the airport and will go a long way in making airports operations smooth.

“Once seen as the symbol of progression in future civilisations, especially in sci-fi staples such as Star Trek or 2001: Space Odyssey, facial recognition has expeditiously become a crucial component of our day-to-day life. I firmly believe that facial recognition brings a myriad of different benefits for travellers, airports, and airlines alike. Three of the most significant benefits are seen in the areas of enhanced security, speed, and ease of travel. moreover, as travellers return to the skies in more regular numbers as the COVID-19 pandemic subsides, facial recognition will become a significant instrument that can be deployed to minimize person-to-person contact and the health risks associated with the virus but at the same time, liability originating from the use of this technology is also rapidly expanding as cities, states,  look to impose strict provisions and prohibitions on the use of facial biometrics as it can give rise to deployment and risk of safety of the travellers,” says Balakrishna BS, Director CMO, ABS Fujitsu General Private Limited.

“In a way, facial recognition system reduces the number of touchpoints and strengthens security or medical precautionary measures at airports. It also improves medical treatment and helps to find missing or suspected infected persons and identify and track their movements. On the other hand, it also threatens individual and societal private privacy. It imposes on personal freedom by violating privacy and personal rights. The chances of it creating data vulnerabilities is more as it provides opportunities for fraud and other crimes. Since the technology is imperfect, innocent people could be charged unnecessarily. And, several instances proved that the technology can be fooled,” remarked Sanket M. Yenagi, Supreme Court advocate and Chairman, De Brand Chakra.