Why self-eating rockets, vanishing satellites are here to stay 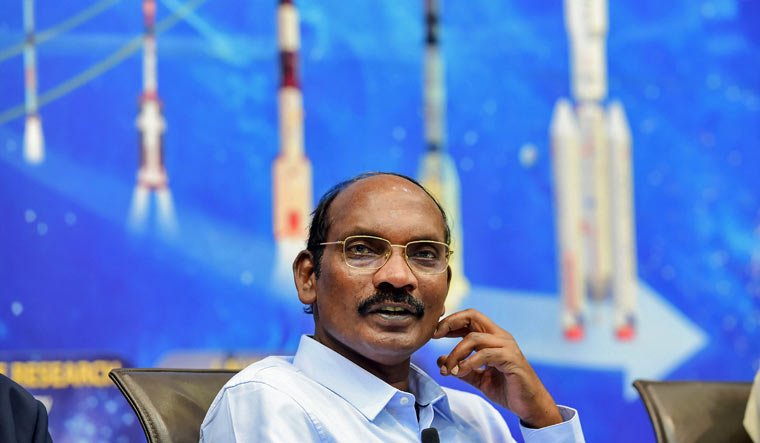 Ever since ISRO Chairman K. Sivan spoke about futuristic technologies on which the agency will be working on, there has been a lot of buzz among space enthusiasts and specialists about it, especially about the self-eating rockets and vanishing satellites. Presently, rockets have metal casings that are dropped into the sea post their launch or end up becoming space debris post their final stage. ISRO has been working on a technology wherein the rockets will eat themselves. Space experts told THE WEEK that such satellites and rockets may end up being an inextricable part of future space missions.

“I think these self-eating rockets and vanishing satellite technologies are something that might sound very fancy like a Hollywood movie climax today but, over a period of time our scientists will innovate on these technologies,” said Srimathy Kesan, founder and CEO, Space Kidz India. “The self-healing material that the ISRO chairman mentioned is a deep subject where research has been going on for years now and there has been significant improvements pertaining to a few polymers. NASA has been working on this since 2009, and has also been able to identify a few new composite metal polymers. In fact, I was excited to watch a video from Penn Innovation Center, Pennsylvania, as to how metals can be self-healing. However, all this will take time. I would also still vouch for reusable technology for rocket.”

Experts say that both the technologies (self-eating rockets and vanishing satellites) will play a critical role in making sure that we do not add to the space debris problem. “Self-eating rockets are essentially rockets made of unique materials that burn up in the atmosphere leaving no trace. Self vanishing satellites are satellites that will come down in altitude to burn up in orbit after their lifetime. This has been done in the recent past with tethers, propulsion etc. We are seeing a rising number of organisations that are adhering to this, including us at Pixxel. All of our satellites will burn up at the end of their lifetime,” Awais Ahmed, founder and CEO of Pixxel, told THE WEEK.

Said Girish Linganna, space expert and director of ADD Engineering Components (India) Limited Ltd, “Today, most rockets use tanks to store their propellant as they climb, and the weight of the tanks is usually many times greater than the weight of the useful payload. This reduces the efficiency of the launch vehicle, and contributes to the problem of space debris. However, a launch vehicle powered by an autophage engine would consume its own structure during ascent, so more cargo capacity could be freed up and less debris would enter the orbit.”

He said that the autophage engine consumes a propellant rod which has solid fuel on the outside and oxidiser on the inside. The solid fuel is a strong plastic, such as polyethylene, so the rod is effectively a pipe full of powdered oxidiser. By driving the rod into a hot engine, the fuel and oxidiser can be vaporised into gases that flow into the combustion chamber. This produces thrust, as well as the heat required to vaporise the next section of propellant.

“A rocket powered by an autophage engine would be different. The propellant rod itself would make up the body of the rocket, and as the vehicle climbs, the engine would work its way up, consuming the body from base to tip. This technology opens the possibility of actually sizing launch vehicles to match small satellites, thereby offering more rapid and more targeted access to space,” Linganna said.