'Technology and innovation high on agenda for Israel and India' 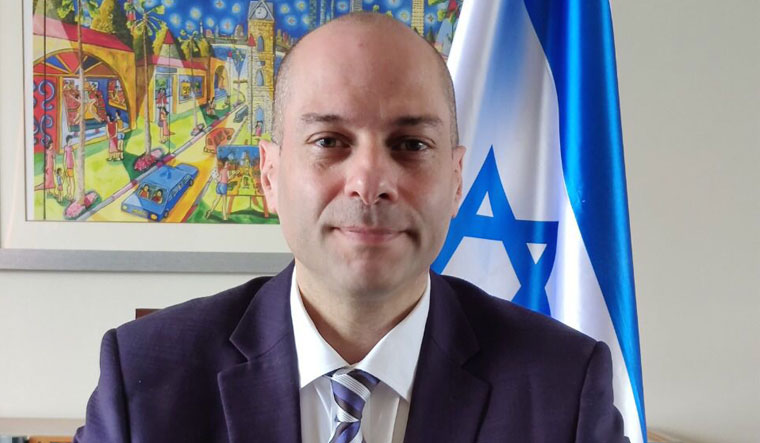 Jonathan Zadka is the Consul General of Israel in Bengaluru with consular jurisdiction over the states of Karnataka, Tamil Nadu, Kerala and the Union Territory of Puducherry. He had arrived in India from Beijing, China where he has acted as Minister, Deputy Chief of Mission since 2017. Prior to this, he was the Director of the Department for Policy Planning and Assessment since 2014 (Policy Planning Bureau) in the Israeli Ministry of Foreign Affairs. Zadka is a career diplomat, who joined Israel's Foreign Service in 2002. He has held various positions in the ministry of Foreign Affairs as well as completing diplomatic missions in Bucharest, Tokyo and Canberra (up until 2014 he acted as Israel's special envoy to the Pacific Islands). In an interaction with THE WEEK, Zadka spoke about the importance of the ongoing Bengaluru Tech Summit and how technology and innovation is very high on the agenda for both Israel and India.

What are your expectations from the Bengaluru Tech Summit?

Technology and innovation is very high on the agenda of both Israel and India. Bengaluru has a very important position as a technology hub. We are very happy with the way relations between both the countries are going on. The fact that our Prime Minister Naftali Bennett was part of the inaugural session of the Bengaluru Tech Summit reiterates the importance of technology and innovation as part of this relationship between both the countries. It is a great opportunity for us to showcase the key elements at the Bengaluru Tech summit.

What are the key technology elements that Israeli firms will be showcasing at the Bengaluru Tech Summit?

How good is Israel in the semiconductor space?

Israel is known for its prowess in the field of cybersecurity and it is one of the major focus areas of Israel during the current Bengaluru Tech Summit? What do you aim to gain in this field from this summit?

We have the CEO of Check Point Gil Shwed participating during the Bengaluru Tech Summit. The Israeli firm Check Point is one of the main partners with the government of Karnataka and they have been holding seminars and workshops throughout the year on cybersecurity. This company's products and its CEO Shwed are very renowned names in the field of cybersecurity. He would be discussing the challenges in the field of cybersecurity and the work which his company is doing in order to face the challenges of cybercrime.

Cybersecurity is a highly innovation driven field and Israel is at the forefront of cybersecurity technologies. Due to our geopolitical circumstances we need to make sure that we have the right kind of security both physically and in the cyber world. Luckily for us there have also been many opportunities for Israeli startups to work in the cybersecurity field.

Israel is also known as an agri tech hub? Any kind of collaboration your consulate has initiated in the recent past in this field?

Agri tech is a key component for Israeli companies. Israeli firms have done extensive work in water management, irrigation and drones in the field of agriculture etc. We are planning to push Israeli technology to areas where they have not been used in India. For instance, we recently collaborated with the United Planters' Association of Southern India (UPASI) and introduced Israeli technology in one of the tea companies at Coonoor near Ooty. We introduced an IoT (Internet of Things) based drip irrigation system in a five acres area there. Drip irrigation in the field of tea plantations is very rare in India. Now it has been up and running for the last few months. Our consulate facilitated bringing partners from Israel who hailed from different backgrounds such as academia, industry etc. They successfully implemented this technology in a tea estate in that area. To our surprise post this implementation we have received inquiries from the tea growers association of Assam as to how a similar technology could be implemented in the tea gardens of Assam as well.

The challenge to implement this technology was the complicated hilly terrain and the aim was to optimally utilise water and irrigate through tubes. Even the placement of the drip irrigation tubes was also a challenge as it was required to be done in a very systematic way.

How significant has been the role of the Bengaluru consulate ever since it was set up?

When the consulate was set up here less than a decade ago the aim was to engage with Indian companies in fields in which Israel was strong. Despite the fact that we would be covering the entire south India the role of Bengaluru and Karnataka has been the most significant. Bengaluru is the innovation hub of India and several start-up unicorns are based here. This is something that we understand and this is the direction we want to promote. Our consulate is looking ahead at opportunities for further collaborations with firms in Bengaluru.