The Emperor’s new (virtual) clothes: How videogames testify to promise of metaverse economy

What Facebook is eyeing with its rebrand to Meta 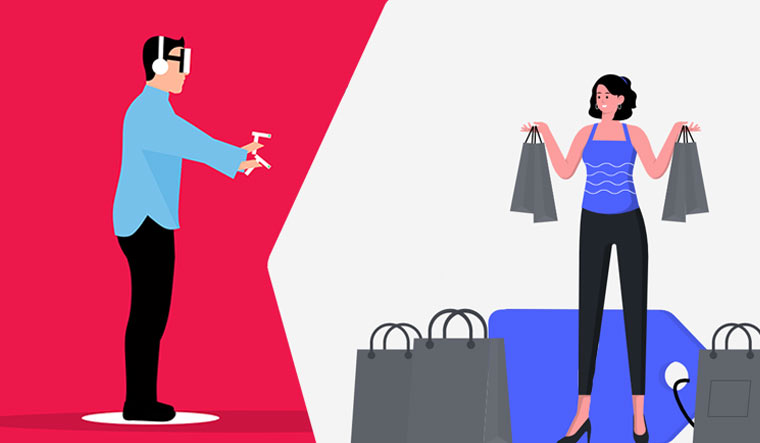 In 2009, Valve introduced hats to Team Fortress 2. They served no practical purpose besides changing the look of your player: They could be cool; they could be funny. To get a hat, you had to complete a set of challenges or play the game long enough to receive it via a randomised “drop”.

Hats very quickly became prestigious to own, and Valve very quickly started allowing the player base to design and trade their own. In 2010, Valve allowed hats to be purchased with real money. The next year, Valve realised they could make more money selling hats than they ever could selling games—and decided to make TF2, then one of the most popular multiplayer games in the world, free-to-play.

By releasing their game for free, Valve gained four times its player base—and 14 times its revenue. The trade of in-game items and skins spread beyond TF2 and turned into a lucrative market. As Counter Strike: Global Offensive exploded onto the eSports scene, gamblers bet on match outcomes with virtual items—exploiting a loophole in laws banning cash gambling on sports. In 2016, facing backlash, Valve moved to shut down what had become a $7.4 billion skin-gambling industry. By 2018, the market for virtual skins overall was an estimated $50 billion, according to a Bloomberg report.

That there is a global thirst for virtual, seemingly intangible items, was becoming obvious. No wonder then, that Facebook plans to spend up to $10 billion setting up its metaverse in 2022. The cost of creating a global market for virtual items—catering not just to gamers but theoretically to every Facebook user on earth—pales in comparison with the revenue possibilities.

One could be forgiven for thinking that spending real money on virtual clothes is a uniquely first-world addiction. Reality tells a different tale. A decade since Valve’s experiment with virtual items changed the gaming industry forever, newspaper headlines from small and big cities in India started to tell the same story again and again: Of minors, using their parents ATM cards, spending lakhs of rupees on virtual items for their characters in PUBG. In one case, a Delhi teenager spent Rs 2 lakh from his grandfather’s pension fund on these items.

It is hard not to think of these gamers when watching Mark Zuckerberg’s presentation on Meta. And it is harder still not to envision a future where game-makers—who have years of experience crafting virtual marketplaces, could end up creating the killer app of the metaverse, rather than Facebook.

One of Meta’s biggest competitors is the maker of another popular videogame, Fortnite. Epic Games makes an estimated $7 billion from this “free-to-play” game, courtesy of the sale of in-game items as well as celebrity partnerships—such as 2020’s virtual Travis Scott concert, that made $20 million in revenue for the company.

While Facebook owns one of the world’s leading virtual reality headset manufacturers, Oculus, Epic Games runs one of the largest video games on earth by concurrent player base (15.3 million players tuned into a Fortnite event at the end of 2020). And Epic Games also runs the Unreal Engine, one of the most popular tools for creators to design virtual assets.

Epic has also demonstrated a willingness to challenge the “walled gardens” of Big Tech companies, taking Apple and Google to court over the commissions these platforms charge on in-game purchases. Epic CEO Tim Sweeney described his views on the metaverse to the Washington Post in September, expressing his belief that it would challenge the curated, advertiser-driven model of the internet as we know it today.

When the virtual world faces hurdles imposed by the “real world”, you can count on advocates of cryptocurrencies and blockchain technology to get involved and provide an alternative.

The proof? The world’s second-biggest cryptocurrency by market cap, Ether, run on the Ethereum network. Founder Vitalik Buterin developed his drive to build a decentralised blockchain after an update to the massively multiplayer online role-playing game (MMORPG) he was playing, World of Warcraft, which weakened his character. Ethereum now has a market cap of over $510 billion and is the basis for much of the global NFT space.

In 2018, even as Valve prepared what would become a successful cease-and-desist notice to the world’s largest video games skins site, OPSkins, the platform’s founders raised a $41 million initial coin offering and launched a blockchain marketplace: The Worldwide Asset Exchange (WAX), to create a decentralised market for such virtual items as well as for non-fungible tokens (NFTs).

NFTs have an important role to play in turning virtual items into unique collectibles. While images and videos can have a limitless number of copies, only one NFT can exist at a time, making it the tech of choice for those who want assurance of individuality. Tether co-founder William Quigley told Bloomberg that NFTs would become the revenue model for the metaverse.

A digital copy of a handbag by luxury brand Gucci sold for $4,115 in the popular Roblox video game. In March, Gucci itself told Vogue it was only a matter of time before major fashion houses got into NFTs themselves.

Facebook—now Meta—has many challenges to overcome before it set up the lucrative cash cow of a planned metaverse fashion economy. Regulators from the US to the EU are taking the platform to task for the negative effects its algorithms have had on society. The burden of moderating content will weigh ever heavier on Facebook, potentially forcing it to invest much more in keeping its platforms safe and regulated. Anti-trust moves to break up Facebook are already underway. And the crucial 18-25 demographic—that can make or break a social media platform’s odds at success—is already slipping out of Facebook’s grasp.

No wonder then that Zuckerberg chose a new name for his company, as he imagines it existing in a new world of its own creation. Even so, it remains a business decision. In the Q3 2021 earnings call Monday, Zuckerberg said, “If you're in the metaverse every day, then you'll need digital clothes, digital tools, and different experiences. Our goal is to help the metaverse reach a billion people and hundreds of billions of dollars of digital commerce this decade."