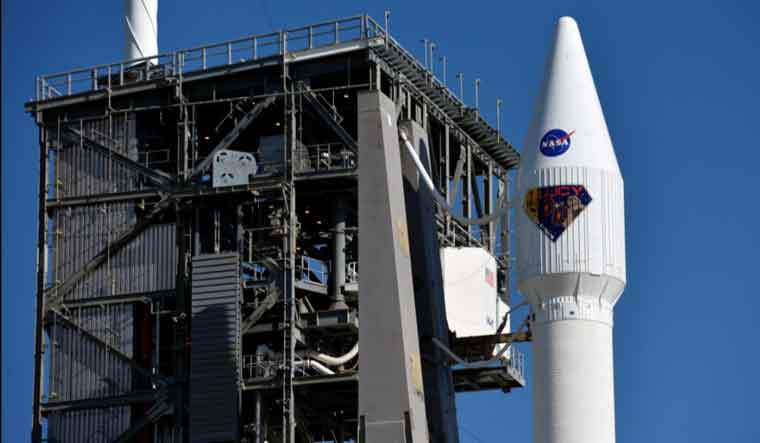 NASA is set to launch the first space probe to study Jupiter Trojan asteroids—two clusters of ancient space rocks that are leftovers of planetary formation. The mission is expected to revolutionise man's understanding of the origins of planets and the solar system.

The spacecraft named Lucy will be hurled into space on Saturday on a 12-year expedition. Named after an ancient fossil of a pre-human ancestor, Lucy will become the first solar-powered spacecraft to venture so far from the Sun, and will observe more asteroids than any probe before it— eight in all. Additionally, Lucy will make three Earth flybys for gravity assists, making it the first spacecraft to return to our planet's vicinity from the outer solar system.

Lucy's first encounter will be in 2025 with asteroid Donald Johanson in the Main Belt, between Mars and Jupiter. Between 2027 and 2033, it will encounter seven Trojan asteroids—five in the swarm that leads Jupiter, and two in the swarm that trails the gas giant.

On board are a suite of instruments that will study these worlds, including a diamond beamsplitter that splits beams of light so scientists can determine the temperatures and surface properties of an asteroid, NASA said in a statement.

The Jupiter Trojan asteroids, thought to number well over 7,000, are leftover raw materials from the formation of our system's giant planets -- Jupiter, Saturn, Uranus and Neptune. Scientists believe they hold vital clues about the composition and physical conditions in the protoplanetary disk from which all the Sun's planets, including Earth, formed.