Why did the GSLV-F10 launch mission fail? Here are the possible reasons 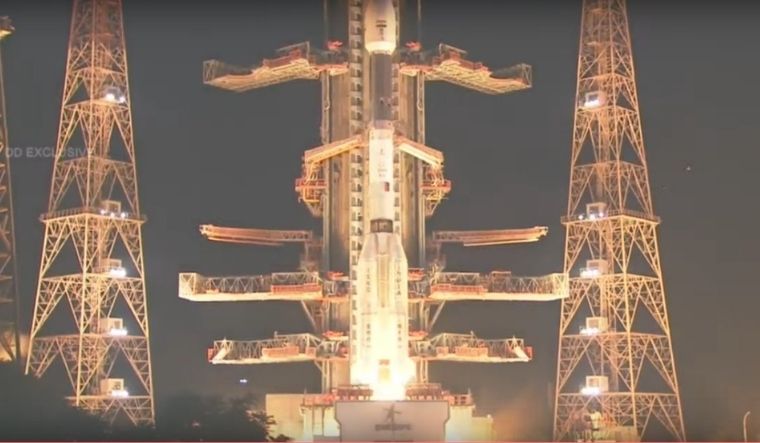 The failed GSLV-F10 launch mission of the Indian Space Research Organisation early morning on Thursday was unprecedented and came as a shock to space enthusiasts and researchers. The GSLV-F10/EOS-03 mission failed to accomplish fully due to a technical anomaly in the cryogenic stage of the rocket. “GSLV-F10 launch took place today at 0543 Hrs IST as scheduled. Performance of first and second stages was normal. However, Cryogenic Upper Stage ignition did not happen due to a technical anomaly. The mission couldn't be accomplished as intended,” ISRO later stated.

Experts point out that there could be different reasons for the failure. One of the common threads that emerged during THE WEEK's conversations with various experts was that the cryogenic stage ignition sequence in a space mission was quite complex and the success of this stage was important to take the payload into orbital insertion. Failure at this stage can lead to failure of the mission.

“It was a technical anomaly. The cryogenic engine (3rd stage) did not ignite. Space is hard. Sometimes, things don’t work as expected. We just have to bounce back and try again. From the last telemetry in the plots, it looks like the vehicle was 140 kms in altitude and around 4 km per second in velocity. The rocker and the satellite within it will re-enter the atmosphere and burn up,” remarked Awais Ahmed, founder and CEO of Pixxel, a space technology start-up.

“It was an indigenously built cryogenic engine. We wanted to buy one from Russia a couple of decades ago, but couldn’t so we had to build it internally. This stage is important because it is responsible for taking the satellite from a low earth orbit to a geostationary orbit,” added Ahmed.

The cryogenic stage using liquid hydrogen and liquid oxygen as propellants is efficient and provides more thrust per kilogram of propellant it burns compared to other fuels/propellants used in lower stages of a rocket, said Rohan M. Ganapathy, CEO & CTO, Bellatrix Aerospace. "This in turn enables the rocket to carry more payload to orbit. But it’s a complex piece of technology to master," he added.

A space expert, who did not wish to be quoted, explained that the cryogenic stage is the most important part of the mission as it is the most efficient and gives maximum velocity boost to insert the satellite in the orbit. “Cryogenic stage ignition sequence is quite complex, but is usually tested on the ground to avoid failures in flight. Many things could have gone wrong in the mission that could include ignition signals not being sent by the mission computer or failure of the igniter component itself. Besides that, the long storage of many components due to the pandemic delays could likely be a reason for this failure,” the expert pointed out.

Space experts further pointed out that each and every stage, including the crucial and complex cryogenic stage, is important for a mission to be accomplished. “One major possibility could be that the rocket could not reach the speed needed for orbit insertion. The altitude would have decayed and the rocket would have fallen into the Bay of Bengal or the Indian Ocean,” said Divyanshu Poddar, co-founder at Rocketeers, another space-tech startup.

Narayan Prasad, chief operations officer at Satsearch, explained that a cryogenic upper stage provides more bang for the buck with the force with each kilogram of propellant compared to other propellants, such as solid and liquid and is more efficient. “We'll have to wait for ISRO's failure analysis committee to look at all the data and come to a conclusion on identifying the anomaly. They have a well established FAC process to rectify problems and I am sure they'll soon trace the problem and correct it to be successful in the next mission,” said Prasad.

As per a tweet by international space expert Jonathan McDowell, the rocket would have probably fallen down in the Bay of Bengal. “I estimate that the EOS-03 satellite and the GSLV CUS third stage reached a -4500 x 140 km x 17.9 deg orbit and impacted the Andaman Sea near the second stage impact zone at 96E 9N at about 0023 UTC, 10 minutes after launch from Satish Dhawan Space Centre."

The 51.70-metre tall rocket GSLV-F10/EOS-03 had successfully lifted off from the second launch pad at the Satish Dhawan Space Centre, Sriharikota and the Launch Authorisation Board had cleared the decks for a normal lift off ahead of the lift-off as planned. The performance of the rocket in the first and second stages of the rocket was normal, but then a performance anomaly was observed in the cryogenic stage and hence, the mission could not be accomplished fully.  The objective of this mission had been to provide near real-time imaging of large area regions at frequent intervals, for quick-monitoring of natural disasters, episodic events, and obtain spectral signatures for agriculture, forestry, water bodies as well as for disaster warning, cyclone monitoring, cloud burst and thunderstorm monitoring.

Earlier this year in February, ISRO had launched Brazil's earth observation satellite Amazonia-1 that also had 18 other satellites on board. The GSLV-F10/EOS-03 launch was also planned  in April or May this year, but the plan was delayed due to the second wave of the COVID-19 pandemic.