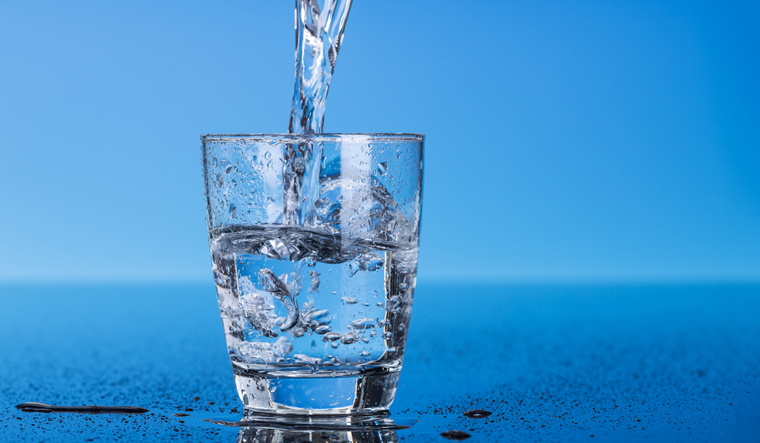 A scientist with the Mohali-based National Agri-Food Biotechnology Institute has developed an ultra-sensitive and easy-to-use sensor for detecting arsenic contamination in water and food within 15 minutes, the Department of Science and Technology said on Tuesday.

The sensor is highly sensitive, selective and is applicable for various water and food samples. It can be easily operated and one can know about contamination by matching the colour change on the sensor's surface with reference labels, it said.

"The sensor developed by Dr Vanish Kumar, a recipient of the INSPIRE Faculty fellowship of the Department of Science and Technology, and currently positioned at the National Agri-Food Biotechnology Institute, Mohali, can be tested with three modes- spectroscopic measurements, colour intensity measurement with the help of colorimeter or mobile application, and with naked eyes," according to a statement.

Developed on mixed metal (cobalt/molybdenum) based metal-organic frameworks, it can detect a wide range of arsenic, it said.

In the case of paper and colorimetric sensors, the colour of the metal-organic framework (MOF) changes from purple to blue after interaction with arsenic, the statement said.

The intensity of the blue colour increases with an increase in the concentration of arsenic, it said.

It has been tested successfully for the fabrication of spectroscopic as well as paper-based tools for testing arsenic in groundwater, rice extract, and plum juice, the statement said.

This research has been accepted for publication in 'Chemical Engineering Journal', the Department of Science and Technology (DST) said.

Identification of arsenic before consumption of water and food is imperative to protect people from possible health issues associated with arsenic. However, none of the existing methods of detection can be easily used, it said.

The developed testing kit is 500 times more sensitive in comparison to the improved version of the molybdenum-blue test, which is one of the most common and traditional tests used for detecting arsenic ions, the statement said.

It is also economical and simple as compared to the other commonly used analytical techniques such as atomic absorption spectroscopy and inductively-coupled plasma mass spectrometry, which require expensive set-ups, lengthy and complicated methodologies, skilled operators, complex machinery, and difficult sample preparations, it added.

Kumar's team is the first to explore MOF for the sensing of arsenic ions on the basis of interaction, the DST said.