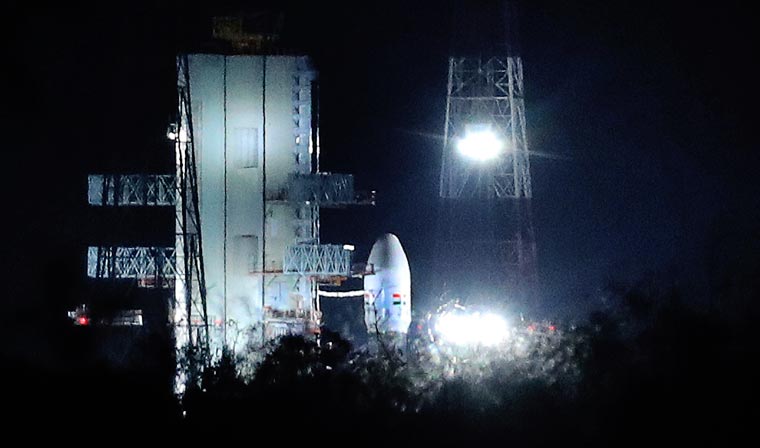 Even the CEO of SpaceX, Elon Musk congratulated ISRO after it successfully conducted the third hot test of the Vikas engine which was conducted at the engine test facility of ISRO Propulsion Complex, at Mahendragiri in Tamil Nadu. Indeed the third successful test of the Vikas engine assumes immense significance as the success of the tests are necessary to ensure both the safety and the reliability of the engine for the special and specific requirements of ISRO's Gaganyaan mission.

As per ISRO it had successfully conducted the third long-duration hot test of the liquid propellant Vikas Engine for the core L110 liquid stage of the human-rated GSLV Mk-III vehicle, as part of the engine qualification requirements for the Gaganyaan Programme. The engine was fired for a duration of 240 seconds at the engine test facility of ISRO Propulsion Complex (IPRC) at Mahendragiri in Tamil Nadu. The performance of the engine met the test objectives and the engine parameters were closely matching with the predictions during the entire duration of the test.

Experts point out that the successful testing is necessary as the testing is part of the human rating of a rocket that was not originally designed to launch humans into space. Every space agency follows its own standards of human rating of a launch vehicle and there are no global standards.

"This test is one of the critical items which need to be checked in human rating GSLV Mk-III. Semi-Cryogenic engine SE-200 which will replace Vikas is still under development and its developmental times will not match the ambitious Gaganyaan timelines. Vikas is one of the most reliable engines in the world and has proved its mettle. If you look at PSLV, GSLV Mk-II and GSLV Mk-III missions where Vikas has been used, the burn profile or duration is approximately around 150-160s only on a typical flight. Testing its performance above its designed operational limit is essential to ensure engine reliability against any event of a mishap. So, qualifying for a long duration burn increases confidence on the engine to human rate it,” Rohan Ganapathy, the CEO and Chief Technology Officer of Belatrix Aerospace Limited told THE WEEK.

This expert further remarked that there is another significant angle to it as normally rockets that carry a commercial payload to space to experience higher G-Loads and these loads cannot be tolerated by humans.

“Normally, in a rocket which carries crew members, the load is limited to 3-4G (gravity loads). Trajectory will be different (little modified) to reduce the G-loads experienced by the astronauts. This trajectory modification will also require a longer engine burn duration. In both the scenarios, this testing is a significant milestone,” added Ganapathy.

Experts point out that the range of loads that payloads can take is much higher than what a human body can. Human rating of the entire launch vehicle ensures that during all phases of the mission, the loads exerted on the crew are within the qualified ranges that ensure their safety.

“The tests being conducted by ISRO are to ensure both the safety and the reliability of the engine for the special and specific requirements of the human spaceflight Gaganyaan mission. One can expect more such tests to be done at individual components and subsystem levels with the final test culminating in the uncrewed test whose results will be matched against expected ranges for safe crew transport in the subsequent flight,” said Narayan Prasad, the Chief Operations Officer Satsearch.

A few experts also believe that long-duration test firing of the core engine is especially important towards gaining more confidence that the engine does not shut off immediately after liftoff from the launchpad. “A fully loaded rocket exploding on the launchpad would be quite catastrophic and even the safety radius would not be sufficient. This holds true for any rocket, but is especially crucial for the GSLV Mk3 given its much higher fuel mass,” remarked Rachana Reddy, Space Engineer and Podcaster based in Berlin, Germany.