Self-propelled microrobots that can swim, attach to plastics and break them down 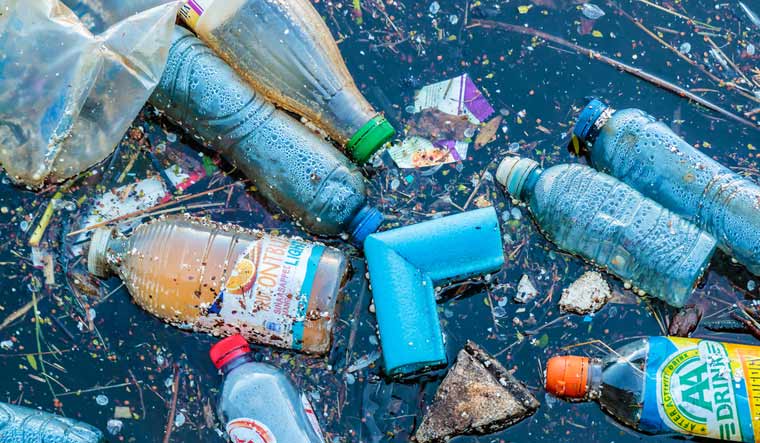 Small pieces of plastic are everywhere, stretching from urban environments to pristine wilderness. Left to their own devices, it can take hundreds of years for them to degrade completely. Catalysts activated by sunlight could speed up the process, but getting these compounds to interact with microplastics is difficult. Small plastic bits called 'microplastics'can be harmful to our ocean and aquatic life as well.

In a proof-of-concept study, researchers reporting in ACS Applied Materials & Interfaces developed self-propelled microrobots that can swim, attach to plastics and break them down.

While plastic products are omnipresent indoors, plastic waste and broken bits now litter the outdoors, too. The smallest of these—microplastics less than 5 mm in size - are hard to pick up and remove. In addition, they can adsorb heavy metals and pollutants, potentially harming humans or animals if accidently consumed. So, previous researchers proposed a low-energy way to get rid of plastics in the environment by using catalysts that use sunlight to produce highly reactive compounds that break down these types of polymers. However, getting the catalysts and tiny plastic pieces in contact with each other is challenging and usually requires pretreatments or bulky mechanical stirrers, which aren't easily scaled-up. Martin Pumera and colleagues wanted to create a sunlight-propelled catalyst that moves toward and latches onto microparticles and dismantles them.

To transform a catalytic material into light-driven microrobots, the researchers made star-shaped particles of bismuth vanadate and then evenly coated the 4-8 μm-wide structures with magnetic iron oxide.

The microrobots could swim down a maze of channels and interact with microplastic pieces along their entire lengths. The researchers found that under visible light, microrobots strongly glommed on to four common types of plastics. The team then illuminated pieces of the four plastics covered with the microrobot catalyst for seven days in a dilute hydrogen peroxide solution. They observed that the plastic lost 3% of its weight and that the surface texture for all types changed from smooth to pitted, and small molecules and components of the plastics were found in the left-over solution.

The researchers say the self-propelled microrobot catalysts pave the way toward systems that can capture and degrade microplastics in hard-to-reach-locations.