The finding is highly relevant to humans 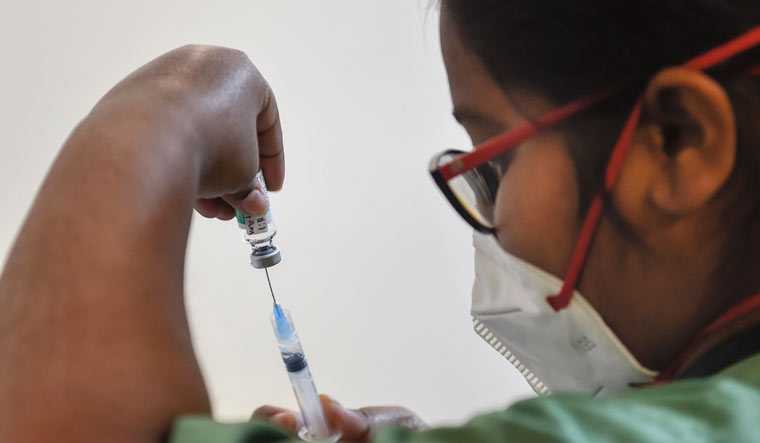 A new vaccine candidate has proven effective in protecting monkeys and mice from the novel coronavirus and its variants that first emerged in the UK, South Africa and Brazil, as well as related bat coronaviruses that could potentially cause the next pandemic, according to a study.

The finding, published in the journal Nature, is highly relevant to humans, the researchers said.

The pan-coronavirus vaccine triggers neutralising antibodies via a nanoparticle composed of the coronavirus part.

This part allows the vaccine to bind to the body's cell receptors, and is formulated with a chemical booster called an adjuvant, the researchers said.

"We began this work last spring with the understanding that, like all viruses, mutations would occur in the SARS-CoV-2 virus, which causes COVID-19," said study senior author Barton F. Haynes, from Duke University Human Vaccine Institute in the US.

"The new approach not only provided protection against SARS-CoV-2, but the antibodies induced by the vaccine also neutralised variants of concern that originated in the United Kingdom, South Africa and Brazil," Haynes said.

The induced antibodies reacted with quite a large panel of coronaviruses, he added.

They found a person who had been infected with SARS developed antibodies capable of neutralising multiple coronaviruses, suggesting that a pan-coronavirus might be possible.

The researchers noted that the Achilles heel for the coronaviruses is their receptor-binding domain, located on the spike that links the viruses to receptors in human cells.

While this binding site enables it to enter the body and cause infection, it can also be targeted by antibodies, they said.

The team identified one particular receptor-binding domain site that is present on SARS-CoV-2, its circulating variants and SARS-related bat viruses that makes them highly vulnerable to cross-neutralizing antibodies.

The team then designed a nanoparticle displaying this vulnerable spot.

The nanoparticle is combined with a small molecule adjuvant formulated with alum that boosts the body's immune response, according to the researchers.

In tests of its effect on monkeys, the nanoparticle vaccine blocked COVID-19 infection by 100 per cent, they said.

The researchers noted that the new vaccine also elicited significantly higher neutralising levels in the animals than current vaccine platforms or natural infection in humans.

"Basically what we've done is take multiple copies of a small part of the coronavirus to make the body's immune system respond to it in a heightened way," said study lead author Kevin Saunders.

"We found that not only did that increase the body's ability to inhibit the virus from causing infection, but it also targets this cross-reactive site of vulnerability on the spike protein more frequently, Saunders added.

The team said that is why this vaccine is effective against SARS-CoV-1, SARS-CoV-2 and at least four of its common variants, plus additional animal coronaviruses.