What are 'hop shoots', which a Bihar farmer has grown, and costs Rs 1 lakh per kg? 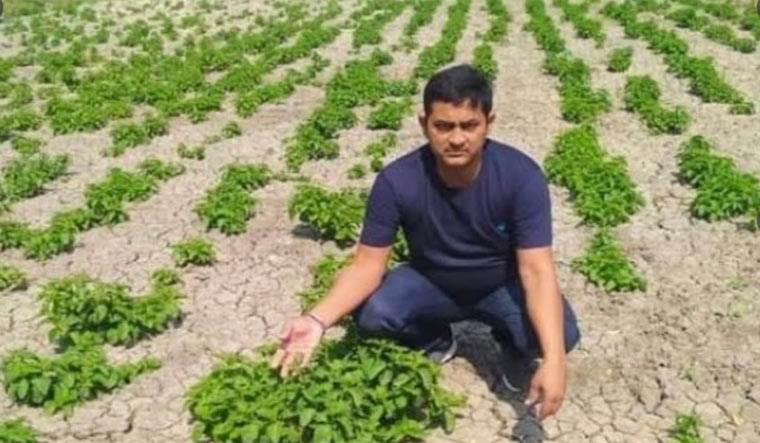 Recently, the story of Amresh Singh, who cultivates hop shoots, which sells for around Rs 1 lakh per kg, became famous. The 38-year-old farmer from Karamdih village in Bihar’s Aurangabad district, cultivated the plant on his 3,600 square feet of farmland. He started growing hop shoots by investing Rs. 2.5 lakh and without using any fertiliser to get the best results. Dr Lal, an agricultural scientist at the Indian Vegetable Research Institute in Varanasi, provided Amresh with the sapling and necessary advice.

Hop shoots were once cultivated in Himachal Pradesh. However, the farming was abandoned due to lack of marketing for the produce.

Supriya Sahu, senior Indian bureaucrat from the 1991 batch of Indian Administrative Service and many others, who took to social media, praised Amresh's experiment. They urged the farmers to take advantage of the potential for generating more income by using modern farming methods.

What is hop shoots? Hop shoots, scientifically known as humulus-lupulus, were discovered in the early 11th century. Before their medicinal properties were discovered, they were considered to be weed .

Hop shoots' fruit, flower, and stem are used in making beverages, including beer, and in the manufacture of antibiotics, as well as for other medicinal purposes. The flower of the plant, called hop-cones or strobile, is used as a stability agent while making beer—to balance the sweetness of the beer. The drug made from the stalks of this plant has been found to have a high effect on the treatment of tuberculosis (TB).

Hop shoots are well known in European countries for protecting skin in the cold climate as its antioxidants help in skin gleaming.

Hop shoots play an important role in the treatment of cancer—Hop acids, namely humulones and lupulones, block leukaemia cells from damaging the bones.

The plant grows on ideal soil, which should be carefully dragged and prepared before planting the sapling. This is necessary to promote growth of its extensive root system. The roots of a fully grown plant can grow more than 4m deep and spread up to 5m wide.

Normally, hop plants germinate from the soil in March. Hop cultivation is done in regions above 35°N or S latitude and requires a dormant period with 5 to 6 weeks of near-freezing temperatures for its optimal growth. Under the cover of snow, hop crowns can survive temperatures as low as –25°C.

Since the stem is weak, poles and wires should be erected to support it. And pruning is required as it becomes more plentiful. Pruning should be done carefully, so as not to damage the old stem.