OPINION: Energy conundrum and the challenges ahead 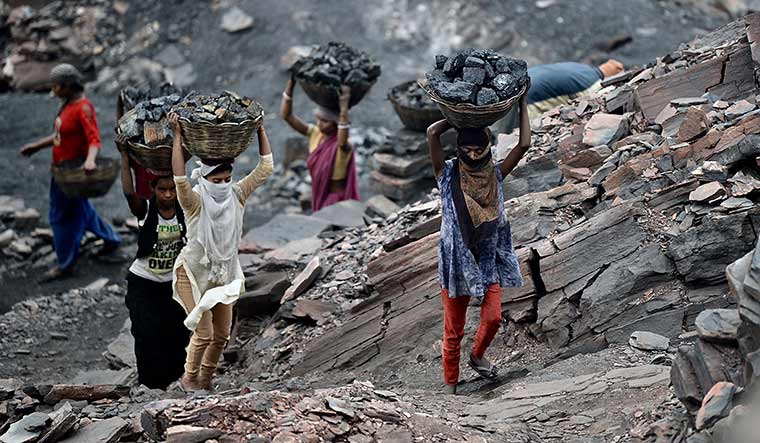 For thousands of years, human activities were totally dependent upon hand production, with economic progress being largely linear in nature and closely linked to population growth. Industrial revolution changed this scenario, making almost every human activity machine-oriented and energy-dependent.

Today, energy drives economic and social development, with coal, oil, natural gas, biomass, hydro, wind and solar being our primary sources of energy. The non-renewable fossil fuel sources viz coal, oil and gas constitute the world’s biggest source of energy with no major drop likely in their consumption levels in the foreseeable future. Fossil fuel, apart from being the biggest energy source for the world, is also the biggest contributor to environmental degradation and global warming. Unlike the non-renewable fossil fuel, renewable sources such as solar, wind, tidal and hydro power are constantly replenished in nature and generate ‘clean energy’.

Coal is the most polluting energy source. Energy from natural gas emits 50 to 60 per cent less carbon dioxide than from coal or oil. India’s energy mix comprises 56 per cent coal, 30 per cent oil and 6 per cent natural gas against global average of 27 per cent, 33 per cent and 24 per cent respectively. The huge global dependence on coal and oil makes it difficult for the world to move away from fossil fuel dependency in the foreseeable future. Even Germany, the world’s highest renewable energy user today, has only 12.74 per cent of renewable energy in its energy mix. To meet its energy demand, India imports 82 per cent crude oil, 30 per cent coal and 50 per cent natural gas. Heavy import dependence for primary energy and the dominant share of coal in its energy mix pose major challenges to India.

Energy is no more just a tool for economic and social development. It is now an extremely crucial dimension of national security which encompasses a country’s energy independence and an assured, disruption-free access to requisite volumes of energy at affordable prices.

Developing countries comprising 70 per cent of the global population have a long way to go in pursuit of their socio economic and developmental goals. International Energy Agency’s (IEA) observation in ‘India Energy Outlook 2021’, that, to meet her electricity demand growth in the next two decades, India will need to add a power system the size of what the EU has now, is indicative of the enormity of the problem.

Unsustainable levels of Green House Gas emissions, environmental degradation and global warming caused by developed countries had been ignored by the global community for far too long. Unhindered exploitation of non-renewable energy by them has caused global carbon dioxide emissions to rise from about 2,000 million metric tons in 1900 to about 34,000 metric tons in 2020 and has taken our planet too far down the environmental disaster path.

Although a promising beginning was made with the first international environmental treaty called the United Nations Framework Convention on Climate Change (UNFCC) in 1992, a consensus regarding the way forward proved elusive. The ‘Paris Agreement’ negotiated during the 21st Conference of Parties (COP 21) which came into force on November 4, 2016, is a major milestone. The agreement aims to peg the rise in average global temperature below 2 degrees Celsius of the pre industrial levels while pursuing an even more ambitious target of 1.5 degrees. The agreement is significant in its bottom-up approach to achieve participation; each country formulates clear cut objectives for itself in the form of “Nationally Determined Contributions (NDC)”.

Adopting high energy efficiency technologies and a major shift to renewable energy, is clearly the way forward. However, for the developing world, such a switchover will only be possible, if affordability and accessibility issues are adequately addressed. The 2019 McKinsey report, “The Decoupling of GDP and Energy Growth: A CEO Guide” provides a ray of hope; the report observes that a decoupling is taking place between rates of economic growth and energy demand and predicts that by 2030, renewable energy will cost less than fossil-fuel energy in many locations and that by 2035 renewable energy will provide more than half of the world’s electricity. Over the past few decades, energy efficient technologies have also enabled marked reduction in the amount of energy required to produce a given level of output, referred to as ‘energy intensity’ .

India has embarked upon revolutionary changes in the power sector. Between 2015 and 2019, access to electricity in India increased from 62.4 per cent to 85 per cent and going ahead, by 2040, another 270 million people are set to gain access to electricity. India is also making remarkable progress in reducing its share of power generation from fossil fuel. From about 70 per cent in 1990, fossil fuel share in power generation has reduced to about 62 per cent. In accordance with the Paris agreement, India had pledged in its ‘Nationally Determined Contribution’ to increase its installed capacity of non-fossil fuel based power generation to 40 per cent by 2030 and is one of the few countries which are well on track to achieve its target. Like the power sector, the Indian industrial sector also needs to adopt measures such as high energy efficiency technology, low carbon fuels, electrification and niche technologies like Carbon Capture Utilisation & Storage (CCUS). Tuticorin Alkali Chemicals and Fertilisers, Chennai, has set an example by installing the world’s first industrial scale Carbon Capture & Utilisation (CCU) plant with a capacity to capture 60,000 tons of Carbon Dioxide a year. ‘Carbonclean’, a global leader in c arbon capture technology estimates a market opportunity of $ 1 trillion a year for the CCU technology.

India has also made tremendous progress in solar power generation. Grid connected solar power in India has steadily increased from 0.011 GW in 2010 to 2.6 GW in 2014 to 28.2 GW in 2019 and touched 34.6 GW in 2021. India is on target to achieve 175 GW of installed renewable capacity by 2022 and has set itself a very ambitious target of 450 GW by 2030. By 2030, India aspires to have 70 per cent of all commercial cars, 30 per cent of private cars, 40 per cent of buses and 80 per cent of its two wheeler and three wheeler sales to be electric. While India has a strong manufacturing base for wind energy equipment, a whopping 87 per cent of our solar equipment is sourced from China. Also, solar being an intermittent source like wind energy, its effective utilisation requires appropriate technology for ensuring grid stability and special energy storage viz large scale storage battery systems. Dependency on China for Lithium ion batteries is also a concern. Another major concern is Rare Earths permanent magnets, an irreplaceable component of wind turbine generators and electric vehicle motor. China enjoys monopoly in Rare earths raw materials as well as its entire supply chain. India has, for decades, ignored our domestic potential in Rare earths. With adequate unexploited Rare Earths deposits, India has the potential to create an alternate global Rare Earths supply chain in collaboration with countries like US, Japan and Australia, within just a matter of three to five years.

India has its task cut out and must adopt measures to achieve quantum jump in energy efficiency, achieve a steep reduction in energy intensity, increase electricity share in meeting our energy needs, relentlessly pursue the renewable energy path and embark upon dedicated R&D covering all facets of energy in a big way. The opportunity is ripe for India’s ‘Atmanirbhar’ vision to establish a strong connect with the country’s renewable energy requirements, environmental concerns and energy security.

The author is a former deputy chief of army staff.