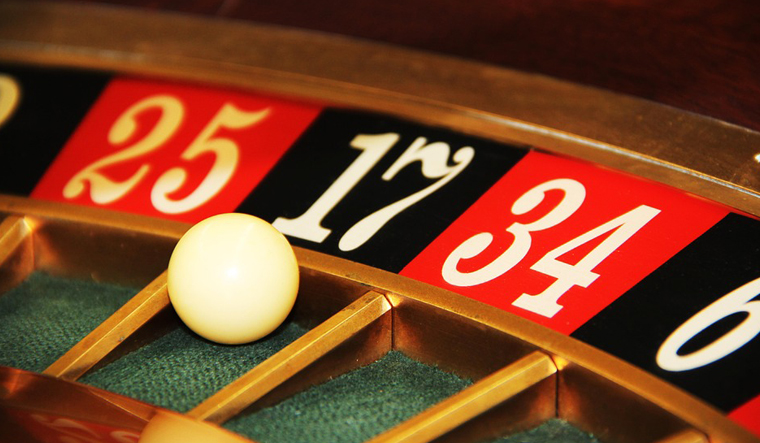 Indian online gambling market is experiencing a renaissance. In a country where gambling can be considered somewhat of a national sport, there are more and more players who turn to top online casinos, instead of traditional land-based venues. According to some statistics, 40% of all internet users in India gamble, and there is a great chance it will surpass the United Kingdom in the number of gamblers per capita. Some researchers say that 80% of all adult Indians gamble at least once a year.

To understand the popularity of slots, blackjack, roulette, and sports betting, it is necessary not only to have an insight into Indian culture but also its demographics, technological innovations, and regulatory framework that affect the way the Indian gambling landscape is formed.

Gambling - The Most Popular Online Pastime

So, how come that India has become one of the biggest and most coveted markets in the online casino industry? Before we tackle the popularity of online gambling, it is important to accentuate the fact how, unlike in many other countries, land-based casinos in India are reserved for certain states, and specific games, which basically means that classic gambling is not available in all its forms, and in all cities across India. As a highly decentralized country, India put the gambling regulation under the jurisdiction of each state, and in January 2021, only three states allowed gambling in specialized establishments: Sikkim, Daman, and Goa. At the same time, two states banned online gambling - Telangana and Andhra Pradesh.

The result of such a strict (and often confusing) regulatory framework based on The Public Gambling Act of 1867 is an increase in the number of online casino players. Online casinos, despite all efforts by some states such as Sikkim, remain in the domain of offshore companies licensed by Malta Gaming Authority, Curacao Gambling Commission, and others. Some might argue that online casinos operate in the grey zone, which leaves punters unprotected, and often unaware of the risks associated with gambling, yet the fact remains how such operators are run by respectable companies, and often licensed by strict and diligent agencies and commissions.

Even though offshore companies are considered to be "unregulated" by Indian authorities, the astonishing profit they make still didn't motivate local governments to adjust and update gambling laws and make them more suitable for modern times. In fact, it is estimated that India is losing $140 million annually because of not having a regulated online casino market. Aside from tax revenue, regulation of this market would have other benefits, such as creating job places for the ever-growing Indian workforce and creating a unique business opportunity for payment, and software development companies whose services are crucial for the gambling industry that takes place on the internet.

The lack of regulation also makes it difficult to precisely state the worth of the Indian casino industry, so estimates run from $5 billion to over $90 billion, depending on who you ask, but one thing's for sure - it is constantly growing.

There are two more reasons why online gaming is gaining momentum: first, the middle class in India is constantly growing, and second, cross-country infrastructure for internet services is getting better and more accessible every day. The number of households in India with disposable incomes of more than US $10,000 has risen twentyfold in twenty-five years, allowing the average Indian family to live a similar lifestyle to families all across the globe. The new prosperity is best represented by the number of mobile phone users in the country: it is believed how the number of smartphone users in 2021 will reach 760 million. A United Nations report predicted that by 2022, India's population will surpass China’s, and by 2027 the middle-class population expected to be larger than that of China, the United States, and Europe.

Indian middle class has access to the internet, popular smart devices, and more free time than any other social group ever had. This leads them to find a place of relaxation online, mostly at casinos that are not only suitable for desktop use, but mobile as well. They don't have to be in Goa to play games, but can simply play from their living room. Even if the smartphone user is located in a rural area, there is a high chance he has access to the internet, as India has the second-highest number of internet users in the world. The popular casino games are in the palm of their hand, and they can place bets with a tip of a finger, with no need to take a train ride to the closest state with a land-based casino or to visit a shady illegal gambling joint in someone's basement.

What Games do Indians Play?

Players across the globe prefer to play slots more than any other casino game. They are vibrant, colorful, full of special features you can trigger upon hitting the payline and have mesmerizing visual and audio effects. Surprisingly, the most beloved games among Indians are true local classics - Andar Bahar and Teen Patti, most commonly played at live online casinos that provide authentic and realistic casino experience with real professional dealers, and glamorous studios. Another popular title is Indian Rummy, although it is much harder to find at offshore casinos than the previous two. Slots are preferred mostly but players looking for simple, instant fun with fun characters, and if there is a big jackpot here and there, the better.

The next in line is the casino staple - baccarat. This card game is incredibly popular in Asia, especially in casinos in Macau, and gives you a solid chance to win against the house. Also, it is a prominent part of many James Bond movies and requires minimum skills and knowledge prior to playing which makes it a perfect choice for beginners. European classics such as roulette and blackjack, are not so well-known, but are still in demand, especially roulette with its simple rules and unpredictable nature.