"It is a historic moment for both women and science" 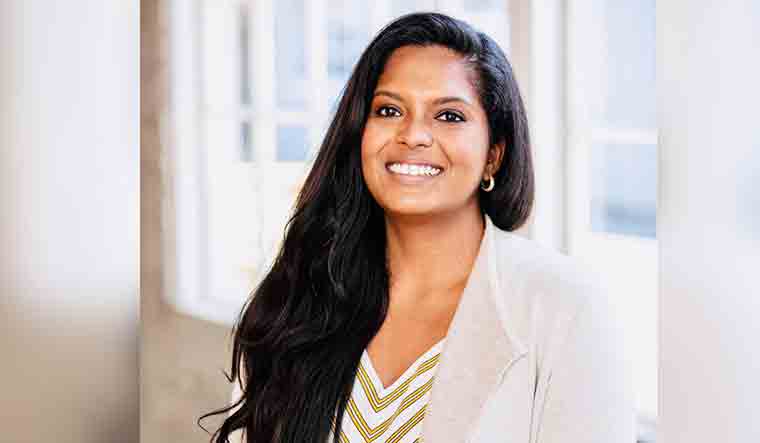 When Gayathri Vijayakumar, a native of Kerala’s Kottayam district, left for the United States in 2009, she had little idea that she would be working with a Nobel laureate 11 years later.

Gayathri is a virologist at Scribe Therapeutics, the start-up firm co-founded by Nobel laureate Jennifer A. Doudna to develop gene-editing technique CRISPR. Jennifer A. Doudna, a professor at the University of Berkeley, shared the Nobel Prize for Chemistry with French scientist Emmanuelle Charpentier this year for their exemplary work in genome editing. Charpentier and Doudna developed a method known as CRISPR/Cas9 that can be used to alter the DNA of animals, plants and microorganisms with high precision.

In this exclusive interview, Gayathri Vijayakumar delves deep into the CRISPR technique and shares her experiences of working with the Nobel winner.

In an interview featured on the University of Berkeley's YouTube channel, Jennifer A. Doudna speaks of how the Nobel is a motivation to women scientists. How do you feel about it as a fellow woman scientist?

What inspires you the most about Doudna?

Jennifer Doudna is a co-founder of Scribe Therapeutics. She is a very down-to-earth person. She takes a personal interest in the work done by others and takes time to mentor us. The fact that she takes an interest in the people of science and not just science is a big positive.

What is CRISPR? What is Doudna’s contribution to the field?

CRISPR stands for ‘clusters of regularly interspaced short palindromic repeats.’ It is a technique that can be used to edit, modify or change any gene. CRISPR is the bacterial immune system. It can target viruses by looking at the viral genome sequences. We can use this immune system and put it in a human to target specific genes. This technique is easy, cheap and specic. CRISPR helps us attain a high level of specificity. Doudna and Charpentier were the first to discover this immune system in bacteria and think of its use in human therapy.

What are the successful applications of the method and the potential it holds?

CRISPR can be used to target any genetic disease that has a mutation. A year ago, it was used to cure a patient with sickle cell anaemia. In February 2020, T-cells of three cancer patients were edited using CRISPR. There are also a whole lot of inherited diseases which can be cured using this technique.

There’s an ethical debate surrounding CRISPR. What are the checks and balances within the scientific community to ensure that the technology is not misused?

An ethical guideline for CRISPR is an absolute need of the hour. A Chinese scientist, He Jiankui, produced genetically altered babies using CRISPR. This could go down a slippery path of Eugenics where you can improve traits of human beings. We do have a lot of ethical guidelines in place now, and you have to submit your proposed experiments to a committee. It is ideal to pursue CRISPR editing in somatic cells alone as a therapy and not in germ cells. CRISPR/cas9 is a method developed as part of an international collaboration that started a decade ago. The Nobel is also a recognition for the collaboration Charpentier and Doudna developed over the years.

Do you think scientists should venture into more such initiatives for progress?

Science transcends borders. This is especially relevant in the time of a pandemic. Researchers across the world are collaborating and sharing resources and information today. Charpentier-Doudna partnership shows that science transcends nationalities. CRISPR, as a technology, is breaking grounds everywhere. So we are very keen on collaborations.

Which research project at Scribe Therapeutics are you part of?

I am trained as a virologist. I have earned my Masters in Biotechnology and PhD in Virology at Mount Sinai University. We can shepherd CRISPR technology into cells through viruses. Engineering different viral platforms can help us specifically target brain cells or lung cells and differentiate between two different cells. I help in developing this technique.

You're from Kottayam district of Kerala. How did you develop an interest in gene-editing? Please tell us about your academic journey.

My mother is a doctor and aunts are scientists. So I always had an interest in science. I was personally inspired by Kiran Mazumdar Shaw of Biocon. But I changed tracks when a professor motivated me to take up research. I did research for a while at Cornell and then did a PhD in virology because I loved it so much. I’ve shifted from biotechnology to cancer biology to CRISPR. Being in love with science and following where science takes you has helped me.

How different is the research culture in the US?

There are definite differences in the scientific culture of the two countries. India has fewer resources compared to the United States. In the US, children are taught to think out of the box, and in India it's more of rote learning.

The education in US is more wholesome. At the undergraduate level, we are exposed to all subjects irrespective of the major taken. A majority of the scientific community in US is from India and China. So, we do have smart people. It’s just the approach and resources that make the difference.

What would be your advice to aspiring research scholars from India?

Scientists should try and collaborate as much as possible and publish their work in journals. They need to effectively use social media platforms such as Twitter and LinkedIn to promote their work and foster scientific growth.

This story was first published on Onmanorama