The product cost has been estimated at about Rs 2,500 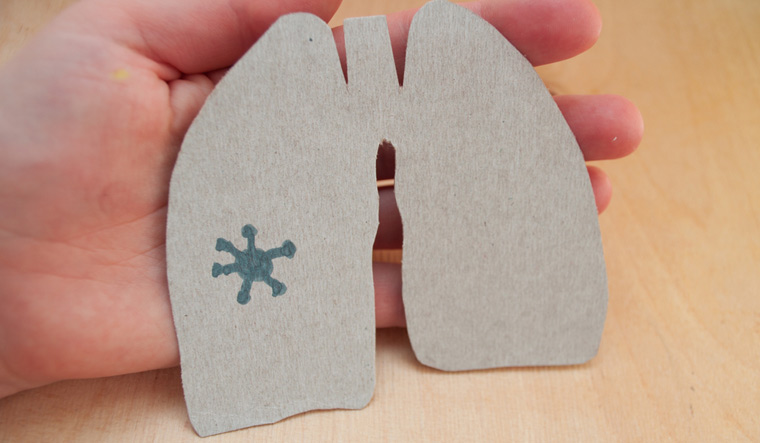 COPD is a chronic lung disease caused by exposure to harmful gases and particulate matters. Its symptoms include breathing difficulty, cough, mucus production and wheezing.

The IIT Kharagpur spokesperson said, Prof Dipak Kumar Goswami and his research team at the Organic Electronics Laboratory (ORELA), department of Physics, have developed SenFlex.T, a smart mask synced with an android monitoring app through Bluetooth, that can continuously monitor breathing patterns, heart rate and oxygen saturation level in blood.

The app is connected to a cloud computing server, where AI has been implemented to predict the severity of COPD through Machine Learning (ML).

"SenFlex. T mask can be used at home by COPD patients without having to visit diagnostic centres. This will also address the critical issue of addressing COPD at an early stage and will be a boon for both patients and the overall healthcare system," explained Prof Goswami.

It contains a highly sensitive, flexible temperature sensor along with a Bluetooth-based measuring electronics.

The sensor system can continuously monitor the temperature changes of inhaled and exhaled air during breathing and record the breathing pattern.

Further, a commercially available pulse oximeter has been integrated with the sensor system to monitor the oxygen saturation level during breathing.

The product cost has been estimated at about Rs 2,500.

The researchers have filed a patent for the device which is ready for commercialisation, the spokesperson said.

The innovation has been reported in ACS Applied Materials & Interfaces, a scientific journal that was established by the American Chemical Society in 2009.