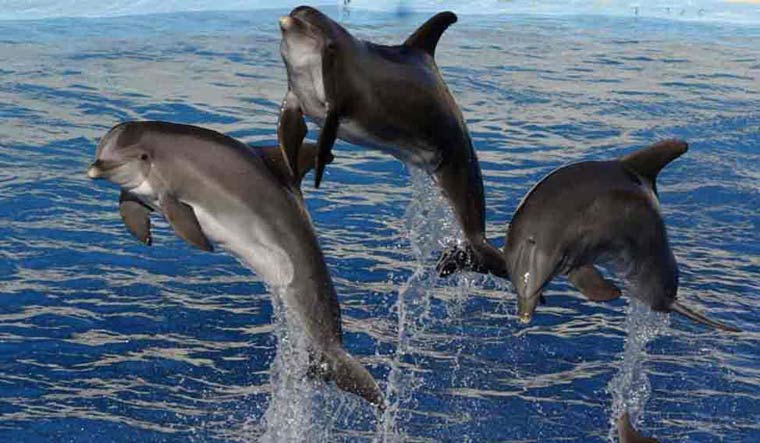 In today’s business environment, everyone first look to the people they know and trust to take on important tasks for them. Strategic networking is key to career success, and not just for humans. A new study of wild bottlenose dolphins reveals that in early life, dolphins devote more time to building connections that could give them an edge later on.

Dolphins under age 10 seek out peers and activities that could help them forge bonds and build skills they'll need in adulthood, according to a study published in the journal Behavioral Ecology.

Researchers at Georgetown University and Duke University analysed nearly 30 years' worth of records for more than 1,700 wild bottlenose dolphins in Shark Bay in Western Australia. Since the 1980s, researchers have been taking boats out into this remote bay and noting things like the sex, age and behaviour of any dolphins they encountered.

The team focused on data collected on youngsters from weaning to age 10, looking at who they hung out with and how they spent their time when no adults were around.

Around 3 or 4 years old, dolphins leave the protection of their mothers to venture off on their own, living in ever-changing groups that come together, split up and come together again in different combinations.

The study revealed that, even though young dolphins flit from group to group as often as every ten minutes throughout the day, they tend to spend more time with a few close friends.

These companions aren't just friends because they share the same areas of water and bump into each other more often, the research shows. "These relationships reflect true preferences," said first author Allison Galezo, a biology Ph.D. student in professor Susan Alberts' lab at Duke.

Males prefer to hang out with other males; females with other females. But the researchers observed that males and females tend to interact in different ways. Males were more likely than females to spend their time together resting or engaged in friendly physical contact: rubbing flippers, swimming close together and mirroring each other's movements. Whereas females socialised less often and instead spent twice as much time as their male counterparts foraging for fish.

These differences suggest that the social lives of young dolphins may be shaped by the upcoming demands of adulthood, Galezo said

For adult males, having other males in their corner is key to have a chance at passing on their genes. In Shark Bay, groups of two to three male dolphins often join forces to get fertile females alone with them and coerce them to mate. By the time they grow up, males will need to have enough social savvy to build and maintain strong alliances, or lose out on their chance to get a girl.

Being a successful adult female, on the other hand, means caring for calves that aren't weaned until they're at least three years old. Nursing moms need more calories, and so young females may spend more time foraging to practice skills they'll need later on, before the full realities of motherhood set in.

"The juvenile period can be an opportunity to develop social skills that will be important in adulthood, without the high-stakes risks that go with sexual maturity," Galezo said.