OnePlus Nord rivals: What will this affordable mid-range phone be up against?

From the iPhone SE to the Vivo X50 Pro, the Nord will step on many toes 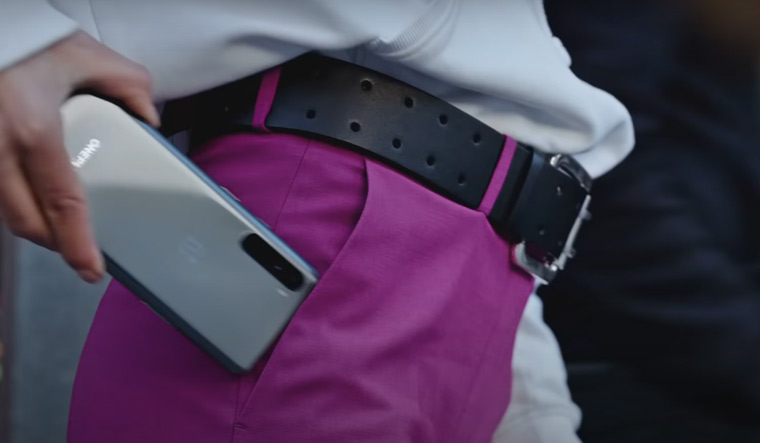 In terms of smartphone releases amid the COVID-19 pandemic, two phones stand out for the sheer hype they generated: The iPhone SE and the OnePlus Nord.

Little is in common between the two, one’s an Apple, the others an Android, but they both target the same audience: Mid-range buyers looking for a premium brand.

The iPhone SE served as Apple’s definitive budget offering, starting at Rs 42,500 in India and serving as the entry-level iPhone in the country. While over 40 grand for an entry-level phone may seem a ludicrous proposition, Apple is laughing all the way to bank—iPhone SE 2020 sales were 19 per cent that of all iPhone models according to CIRP, and the phone could sell 25 million units in 2020 alone.

Although ancient in terms of design, the iPhone SE capitalised on years of work that Apple put into building a premium brand and ecosystem. Pitched as a value proposition and as a gateway drug into the world of Apple, it was and still is a formidable opponent in the mid-tier smartphone category.

Like Apple, OnePlus cultivated a reputation over the years of building a premium product. OnePlus phones are frequently marketed as either flagship devices or as flagship-killers—the Nord will be the first OnePlus phone not to sport a flagship CPU; OnePlus co-founder Carl Pei told YouTuber Marques Brownlee that the company never felt the technology had been available to create a mid-tier device that lived up to the company’s standards, until now.

The Nord's appeal will come from its Fluid Display—the 90Hz refresh rate that makes the browsing experience a level above the usual 60Hz offering—its processor, the capable Snapdragon 765G, and its quartet of cameras.

The OnePlus Nord—whose price is as-yet-unknown besides that it would be under $500—will serve as the “budget” offering among the present-generation of OnePlus phones, promising premium features like a 90Hz screen at a lower price, slotting in just below the OnePlus 7 Pro in terms of features. Estimates of where it could be priced at in India have hovered around the Rs 34,990 mark—and the phone’s competitors will greatly hinge on what bracket it is priced in.

If the price is anywhere in the upper 20s, the Nord will challenge the Redmi K20 Pro as a value-for-money proposition, taking the edge from the Redmi on account of its higher-refresh rate display. However, it will come up against the RealMe X3 Super-Zoom, which packs a 120Hz display. A price in the 30k range would also challenge the Samsung Galaxy Note 10 Lite as well as as a host of other phones in that bracket.

Ultimately, the Nord’s challengers could come from OnePlus itself. A price too close to that of the OnePlus 7T would leave buyers wanting the latter, not to mention that it could poach potential buyers of the OnePlus 8 (which has the advantage of a faster processor and a fully waterproof design but has one less camera on the back).

The elephant in the room, at least outside of India, is the Nord’s 5G support. However, this is likely to matter little in India, with 5G likely over a year away and support for it not expected to be a priority for buyers.

The Nord will likely find all its immediate challengers coming from the same parent company of OnePlus—BBK Electronics, which also owns Vivo, RealMe, iQoo and Oppo.

All these companies have upcoming or recent releases powered by Snapdragon 765G mobile platforms that will also pack a 90Hz screen—and many will also use the same camera sensor. They are the Oppo Reno 4, the Vivo X50 Pro, the RealmeMe X50 Pro 5G and the iQoo Z1X.

Likewise, the Vivo X50 Pro which launched on July 16 also packs the same processor, albeit it comes with a slightly lower resolution of 2376x1080 and has just one camera on the front, a 32MP unit similar in specs to what OnePlus has promised. Likewise, the Vivo uses a Sony IMX598 on the back, a customised version of the IMX586 that features a larger aperture.

The RealMe X50 5G, meanwhile, packs a higher refresh rate as 120-Hz but loses out to the Nord in the front camera department—the Nord is touted to have a dual-32MP front camera layout, while the RealMe has just 16MP and 8MP offerings. However, the X50 5G has not yet been launched in India; the X50 Pro was—which packs a faster processor with the Snapdragon 865. However, the X50 5G may well make it to Indian shores, having already been launched in Europe.

The iQoo Z1X, recently launched in China, could prove to be the value-for-money option in the bunch since with a retail price of CNY 1,598 (around Rs 17,000) but with the same processor and a higher-refresh-rate display, it could undercut the Nord by a significant margin if it launches in India at a similar price.

Another factor in OnePlus’s favour is UI: Oxygen OS stays close to the stock Android experience, which many users find the most superior experience for its simplicity, speed and lack of bloatware. RealMe’s ColorOS has been accused of packing in bloatware and lacks the stock Android feel in favour. The same OS, found on Oppo phones, has been accused of imitating iOS. Some prefer its visual appeal to that of the stock look but it has also reported issues working together with Google apps.

Asides from BBK electronics, other players offering Snapdragon 765G devices (which would serve as a rough indicator of the segment the Nord will be in) include Motorola, with the Moto 5G Plus having launched in Europe and the upcoming Motorola Edge also expected to have the same processor.

However, what OnePlus has now is hype: Few companies have built up a device launch as prominently as OnePlus have with the Nord. YouTuber Unbox Therapy is among those the company has lined up to stream the Nord’s launch on July 21. Combined with interviews with Marques Brownlee, OnePlus has earned the world’s attention for the Nord, which is easily the most anticipated phone in 2020 after the iPhone SE.

Speaking of the iPhone, how is the Nord likely to face against the SE—Apple’s humblest, yet deadliest offering?

Design-wise, the Nord is generations ahead, with the iPhone’s bezels working against it. The iPhone is much smaller too, at 4.7” and features an LCD screen to the Nord’s 6.4” AMOLED. On the specs sheet, the iPhone appears to lose out, with a much smaller battery and a camera with a far lower resolution (12MP to the Nord’s 48MP).

However, numbers can be misleading. The A13 Bionic chip in the iPhone remains formidable, while the camera, though old, retains the image quality expected from Apple devices. Even so, the Nord is likely to beat in on every front, with more lenses, much-higher resolutions to shoot in, and a much nicer screen to view the results on. If the iPhone is to beat the Nord on any grounds, it will be on the same grounds that all iPhones trump Android phones on—those who want in on the Apple experience will want in on it, no matter what.

The Nord is set for what OnePlus says is the world’s first augmented-reality launch on July 21. While most of its specifications are no longer a secret, there is room for OnePlus to spring a few surprises: From the price to any optimisations built on the well-known IMX586 camera or SnapDragon 765G mobile platform.

In addition, OnePlus will also be launching a set of truly wireless earphones (TWS), the OnePlus Buds, which the company has said would last for over seven hours of use.